Upon first meeting their wives, men are superb about treating them like the Queen of Sheba. At this juncture, women feel they are in their rightful place as they have a sense of feeling valued, protected, and secure about the relationship. Be that as it may, through time and circumstance, some of these very same women slowly become dethroned from the royal palace only to be replaced by their husband’s job, career, business endeavors, hobbies, family members, friends, or even feelings of boredom and familiarity. As a result, disillusionment follows and they are tempted to act in a way that is less than becoming.

For the average husband, the solution to what seems to be very complex marriage problems is often simple and involves putting his wife back in her rightful place in the royal palace. If there is a failure in this area, the little girl within her that longs to feel beautiful and cherished will be tempted to deem her herself as second rate. Outwardly she will look pretty. But, inwardly she will fight against the mixed messages that resound from her husband’s actions and attitude toward her that have a way of demeaning her view of herself. 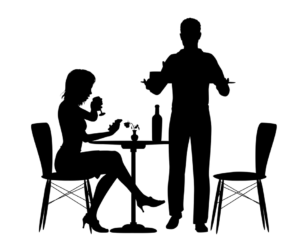 Deep down, a wife wants to know that her husband’s business endeavors and hobbies are not his mistress. It is not so much they she desires to win out among these as much as she despises the very thought of even competing against them.

If you are looking for answers on how to treat your wife, then you should do now for love’s sake what you did before marriage for self’s sake. In other words, when couples first exchange their I love you’s, they really mean I love what you are doing for me or I love the way you make me feel. Now, despite your potentially despondent feelings, I encourage men to serve their wives as they did when they first met, yet with a different motive.

I am a firm believer that if some men treated their wives on the first, second, and third date or courtship event as they have in the last few years or months, there would never have been a fourth, fifth, and sixth date. Interestingly enough, without marriage speakers, counselors, and marriage conferences, men know how to gain the heart of their wives before marriage. Now, some play dumb while others choose ignorance. I say if you knew how to get her to sign on the dotted line to begin with, for the most part, you can probably figure out how to keep her around.

9 comments on “Now For Love’s Sake”