Laying Down The Sword of Negativity

Even at an early age, women start to get an idea of what they want their man, their marriage, and, consequently, their life to be. When these fail to measure up to their expectations, women are tempted to make what I call the mistake of mistakes by becoming a negative wife.

Most women do not marry the man they have as much as the man they want or expect him to be. When these two do not agree, many of these same women are tempted to try to bring about change or defend their cause by picking up what I call the sword of negativity.

The first step that we walk ladies through is rather simple: lay down your swords of anger, resentment, coldness, and hostility and start using Biblical weaponry.

Women sometimes find lousy ways to promote change or defend themselves in a marriage. To be honest, and I say this as supportively as possible, some women are downright foolish in how they choose to fight for their marriage. 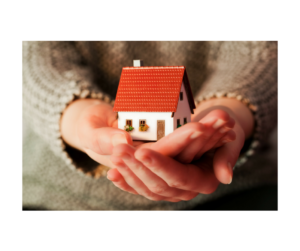 It is understood as to why some women feel hurt, betrayed, and devalued. But, in a difficult marriage, acting according to these very same feelings will only serve to drive away any hope of success. Rest assured, becoming a negative wife will yield few positive results.

“Every wise woman buildeth her house: but the foolish plucketh it down with her hands.”.

The tricky aspect of applying this verse is that most women do not consciously set out to destroy their homes and act in a foolish manner. If the truth be told, very few women leave the wedding altar with a motive to make decisions that are detrimental to their marriage. Nor, do many set out to be a negative wife. But, I have found that where women err is not how they cause dysfunction as much as how they react to it.

A woman’s response to a dysfunctional man or marriage is usually the dividing line between a wise and a foolish woman. It is there that she will prove the depth of her wisdom or the lack thereof.

The scriptures indicate that we are just as responsible for how we react to the negative behavior of others as they are for instigating problems in the first place. This is evident in I Thessalonians 5:15 as Paul says:

“See that none render evil for evil unto any man; but ever follow that which is good, both among yourselves, and to all men.”

In I Peter 3:9, after Peter finished dealing with the subject of marriage, he states:

“Not rendering evil for evil, or railing for railing: but contrariwise blessing; knowing that ye are thereunto called, that ye should inherit a blessing.”

A foolish woman may be right in her assessment of her husband’s faults and failures, but she is often unwise in how she responds to them. She fails to see that her negative reactions to his negative behavior are just as unbiblical and selfish in nature as his actions. She also fails to see how ineffective her emotional responses prove to be.

18 comments on “Laying Down The Sword of Negativity”