The Day I Became A Man

Manhood does not come by accident. In fact, I often say that the journey to manhood is not a pretty process. That is, it is a downright ugly path at times that requires almost more than our soft society is able to stomach.

All that being said, I became a man when and only when these things took place in my life:

I Stopped Blaming Others For My Circumstances

Manhood is accepting that from this day forward, I am responsible for the consequences of my actions.

No matter how far away we find ourselves from our desired destination once we come of age, manhood means that we stop blaming others for the handicapped start. Simply put, manhood requires that we own the results of our actions between now and the finish line.

I Accepted That Nobody Owes Me Anything

Entitled people use the words “they” and “should” over and over again.

The best day of my life was when I realized that “they” is me and the only “should” that should ever be mouthed was my obedience to my Heavenly Father.

My parents, the church, the government, my spouse, my children, nor my friends owe me anything. If they choose to be a blessing, that is between them and God. But, my focus is to be solely on my obedience before an audience of One, God.

A great verse to consider is Proverbs 4:26 when God says, “Ponder the path of thy feet, and let all thy ways be established.” I love the emphasis of this verse as it shines the light on our responsibility to concern ourselves with, well, ourselves.

I Realized That Women Are Women, Not Men

Many a man acts as if he wants a woman that is a man in a woman’s body. That is, many men talk about their relationships as if the woman is to be the pursuer, the sexual initiator, emotional protector, and source of the man’s validation.

Real men wake up validated, pursue the woman without expectation, and initiate male-female contact. Any other idea is out of God’s order and is a sign of an out of balanced society at best. 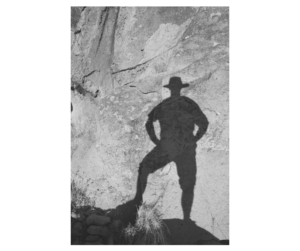 Mankind can try as hard as he wants to re categorize male-female roles and reinvent the wheel of sorts. But, at the end of the day, nature wins out over the flimsy idealistic fads of our day.

To this day, you have probably never seen a man on the back of a Harley and a woman on the front. Rarely will you see a commercial during Valentines encouraging women to buy for men.

No matter how smart our society thinks it has become, there are certain laws of nature that will never change. Please, stop the futility in trying to reinvent the wheel. Men are men and women are women!

Boys run for cover and escape reality. Men keep the battle line and face their problems head on. Boys use means to cope that formulate lose-lose scenarios for God’s glory and those they are to love. Men add sources of strength into their lives that enhance their families, themselves, and the glory of God.

If you have to turn to alcohol, fantasy thinking, pornography, drugs, or over satiation of the body to cope, you are not a man. You are a boy crying out for life to pull you outside of yourself because, deep down, you know that your greatest enemy lies within, yourself.

I Learned To Stay The Course

I Started To Cover My Wife

A lack of emotional safety for a woman in a relationship is akin to no sex for a man. It is equally if not more frustrating because, at times, the man does not see how devastating it is to her spirit.

Boys have bad habits that cause a wife to feel hesitant about the way he spends the money or conducts himself when she is not around. Men make responsible decisions that help to create a safe atmosphere that is not infused with worry and doubt.

Boys use anger which helps to push a woman into an emotional bomb shelter of sorts. Men stay on point, and use what I call 99% gentleness and 1% reason.

At the end of the day, women want a man that she can look up to but not a man that will look down on her. Though many feel this is sexist or chauvinistic, keep in mind that little girls rarely read about rescuing a prince. On the contrary. They read about dangerous rescues by, well, men.

5 comments on “The Day I Became A Man”