How to Spot Those Dead End Conversations

As a young married man, I was horrible about pushing an argument with my wife until she was totally shut down and I was exceptionally frustrated. Unfortunately, we had our share of what I call dead-end arguments that accomplished absolutely nothing.

It took me a while as a husband to start to learn the signs of a dead-end argument. Honestly, out of all the things I have learned as a husband, this has been unbelievably crucial. I say crucial because of the following reasons:

1. When spouses are emotionally involved in an argument, they almost always say things they regret for days and weeks after.

2. When spouses argue, they give what I call bad advertisement for the relationship. It’s terrible how one 20 minute heated discussion can mar a great 2-3 week period of unity for most couples.

3. Emotionally hostile arguments often have a recovery period of 2-3 days.

Signs of a Dead-end Conversation

Here are some signs of what I call a dead-end conversation between couples. When any or most of these start to occur, I find it best to table a conversation and do what I call serve now and convince later.

1. Fighting Over Details of the Past

After one or two attempts of trying to remember the same details about a conversation, it is best to stop trying to convince each other of the supposed facts. Assume that the other person is smarter than you and move on. 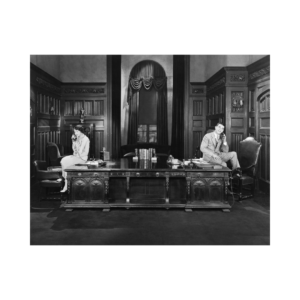 Titus 3 even talks about making more than one or two attempts to convince another person. Though Titus is dealing with a different subject than marriage, I believe there is something to trying to say something once, twice, and then leave it be.

If you need to win an argument, then you may need to redefine a win in your mind. A win for you should be unity instead of rightness.

2. Arguing with the Other Person’s Perception

If my wife does not believe that I am helping enough with the children or she feels I am spending too much money in certain areas, I can waste a lot of time trying to change that perception with my words. It is best to be quiet and change her perception with my actions if that indeed is the need.

If you are just stating the same thing over and over again, you need to back out of the conversation and realize that the war will not be won with logic, but rather with loving behavior. Lay down your logic and pick up the sword of gentleness and service. You will be amazed at the results. 99% gentleness and 1% reason is a formula that works great in most marriages.

When we build a safety fence for couples, we discuss the importance of not bullying your spouse with the same questions over and over again. This is a form of intellectual bullying and it is quite unproductive.

If you cannot softly talk, then the conversation needs to be tabled for another time. Tone is 90% of communication.

Your spouse is probably not deaf, so keep the decibels low or table the conversation for another time.

7. That Been There and Done That Feeling

There is a point in an argument where you know it is about to go nowhere fast. Couples that “make it” and prosper with our program have the ability to withdraw themselves from dead-end conversations and apply the principles we have taught especially in chapters 4 and 11 of our marriage book, How to Fight for Your Marriage Without Fighting with One Another. These couples do not allow themselves to be subservient to their feelings, but rather, they take oversight over their feelings and allow principles, and better yet, the person of the Holy Spirit to guide their actions.

2 comments on “How to Spot Those Dead End Conversations”