The 6 Paradoxes of Marriage for Men

Marriage presents a number of interesting paradoxes for men, and, their ability to maneuver through these paradoxes and come out smiling will, many times, determine the success of their marriage.

Though I certainly am not one to put 100 percent of the responsibility on the man, we would encourage men to take heed to the lessons being taught in this article. It will save them from hours of frustration and a lifetime of senseless arguing and complaining. In fact, I have found that old men with great marriages have learned to accept the following paradoxes and deal with them in a wise manner. The foolish man will mock and make excuses. Yet, I have found that those that wrestle with the truth eventually lose. 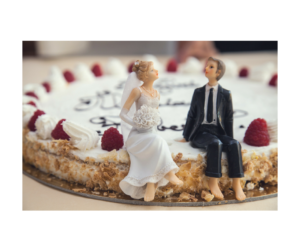 Though women are the most giving creatures on the planet, they tend to assess the quality of their marriage relationship by the man’s treatment of the woman.

If you will notice, the man has a different way of assessing the quality of the marriage. Though the man thinks in general terms, the woman usually thinks in terms of how he specifically treats her.

Of course, there are exceptions to this rule. However, this may be why you have seldom seen a Valentine’s Day commercial guilting the women into buying for the men. Even commerce knows the true nature of romance.

For this reason, when there are marriage problems, women tend to automatically assume that it is the man’s fault, and, men seem to be getting increasingly irritated at this proposition. (We deal with this in other articles.)

Also, this dynamic seems to be causing many a man to feel as if his wife is selfish or guilty of showing a lack of concern for his needs. Consequently, many men seem to be showing signs of bitterness over what they feel is either an unequal playing field or a one-sided approach to marriage.

The problem here is that men are often blaming their wives for the same dynamic that is present in their relationship with Christ. In other words, when you hear men describe how good God is to them, they do the same as their wives. That is, they often say, “I love God because He died for me, He loves me, and He takes care of me.”

I bear this out because the scriptures tell men to love their wives as Christ loved the church (Ephesians 5:25). Therefore, the husband and wife relationship typifies the relationship between Christ and the church. And, I believe it is hypocritical for men to criticize their wives for the same thing that they themselves do unto Christ.

Men in such a state commit a cardinal error in that they seem to want to be married to a man in a woman’s body. That is, they seem to be trying to throw off an age-old dynamic of a romantic relationship that nature will ensure always exists: the man is the pursuer and the woman is the pursuee.

At the end of the day, men must realize that they married a woman, and this dynamic of male-female relationships will never go away.

I do not feel she supports me emotionally

I do not feel she is affectionate toward me

I have needs too

This is not fair

Why does everyone say it’s the man’s fault

She has issues too

For men in such a state, I would like to offer a word of encouragement: Start moving toward manhood by accepting your role as a man. You are the pursuer and your wife is the pursuee. You role is that of protecter and hers is to be the protected.

Furthermore, I would like to exhort men to stop expecting out of their wife what only Christ can offer: validation, love, and emotional stability.

I am sorry that your dad may have failed you, but your wife cannot take his place. Only God is able to do that.

When God is not filling a man as his Father, a wife will be tempted to become his mother, and she will resent that very thought because she married him to be his wife rather than his mom.

Of course, keep in mind that this article or teaching is simply one side of what I call a six-sided piece of dice. Therefore, this not to say that a woman should not work on her own issues, but men will be wise to take this teaching and add it to their arsenal of marriage material.

A woman may instinctively know that she is the weaker vessel, but she would prefer not being acknowledged as such though she is appreciative when her man takes that into consideration by his display of love and patience.

I Peter 3:7 tells us that husbands are to give honor unto the woman “as unto the weaker vessel.” I believe these weaknesses are exhibited in a number of ways from her not being able to lift certain heavy objects to mood swings brought on by varying levels of hormones.

Men, has it ever helped your marriage for you to say, “You’re just being hormonal right now.” I think I know the answer to that one. On the other hand, I would imagine that when you show patience and consideration when your wife is feeling up one day and down the next, your wife is probably appreciative, at least in her spirit.

Simply put, arguments always ensue when men criticize their wives for displaying a lack of physical ability or mood swings. The wise man will learn to walk that ever so fine line between showing honor and love while not verbalizing the why behind what his wife is or is not doing.

The unwise man will open his mouth and verbalize the obvious, and to that I must say, “Refrain O man from the great temptation of verbalizing what the both of you already know to be true.”

This would be a great place for a Proverb, especially Proverb 29:11:

“A fool uttereth all his mind: but a wise man keepeth it in till afterwards.”

Though a wife wants a man to work on the marriage, she detests a man managing the marriage.

No woman wants to be on the same plane as a man’s daily duties at work. In fact, though she wants her man to work on the marriage, she will detest him doing a little here and a little there just to keep problems at bay.

Women do not want to be a checkmark on any man’s list of daily duties. In chapter 8 of our marriage book, How to Fight for Your Marriage Without Fighting with One Another, I wrote:

Deep down, wives want to know that their husband’s business endeavors and hobbies are not his mistress. It is not so much that she desires to win out among these as much as she despises the very thought of even competing against them.

In short, she does not want to be first among many things in your life as much as she wants to be a man’s first and only love.

Though a woman can put up a mighty tall wall of emotion between her and her husband, she will be gravely disappointed by the man that lacks the perseverance and the know how to push through.

You probably just need to read chapter four of our marriage book on this one. With the fight of a William Wallace yet without the wisdom of Solomon many a man makes a great attempt to push through that wall of emotion. Our teaching called the Proverbs 18:19 principle will help men to fight yet in a far superior fashion.

A woman wants a man she can look up to, but not a man that will look down on her.

Though the scriptures teach that a woman is to give respect even when a man does not earn it (I Peter 2:21-3:1), it is much easier for her to offer respect and thankfulness when she feels loved by her man.

If a man gives a woman everything she wants. she will often despise him for it or have even less respect for him than ever before.

Though this point seems rather antithetical to the rest of this article, it is not.

The spice of romantic life is not simply men and women enjoying feelings of love and safety together. Sometimes, those very same feelings need to be mixed with a little healthy fear, in-trepidation, and tension.

Think about it. What makes the blessings of God so wonderful from our Savior, Jesus Christ? At times, it is because he has led us through some very dangerous waters in order truly appreciate the safe haven of His will. (Psalm 107:24-30)

In like manner, if a man does not scare his wife a little with his leadership and stretch her faith in him and in God, a sense of boredom can start to plague the relationship.

I believe a wise husband will do the same for his family rather than simply always playing it safe. Though his wife and children will bristle at first, I believe they will love and respect his leadership all the more when it is mixed with a little danger and, consequently, excitement.

Keep in mind that little girls read about princes that storm the castle and rescue them in a dangerous way. At some point, a little danger has to be involved with your loving leadership or you simply have what I would term demasculinized leadership.

I say this because there are times when I feel led by the Lord yet my family is not all on board at the onset. If I simply lead by consensus, then I am not leading at all, I am just a figure-head or a puppet.

Of course, this does not mean that I do not consult with my wife and my family. But, I would have to say that there are times when I have to push through their hesitancies at first in order to lead them as a father and a husband.

I will say, however, that I have earned that right to push a few issues as I have a better track record than when I was first married. But, it must be noted that regardless of your situation these points must all be considered.

7 comments on “The 6 Paradoxes of Marriage for Men”