I do not find that women manage relationships very well. Though there are a number of reasons why this may be the case, I find that if a woman finds herself in a scenario where she is managing a man, a pre marriage relationship, or a marriage, she will often end up shooting herself in the foot and sabotaging her own success.

Working at Your Marriage Versus Managing a Marriage

We certainly encourage women to work at their marriage out of a heart of obedience to God (we deal with this in chapter 6 of our marriage book). However, I find that when a woman becomes calculating in her attempts to change her man, she ends up short changing herself and the relationship. When she cares more about changing her man rather than acting according to right principles, she often ends up perpetuating very dysfunctional cycles.

How Do Women Manage A Marriage?

Here are a few ways that women often end up managing a man, marriage, or pre marriage relationship.

By overlooking the man’s faults to the point where she ends up facilitating his negative behavior.

When we talk of managing a man or relationship, we have to look at motivation as well as action. In other words, there are times when a woman should overlook a few selfish tendencies. In the Bible, we call this longsuffering, patience, or forgiveness. In fact, even I Peter 4:8 tells us that love “shall cover the multitude of sins.” 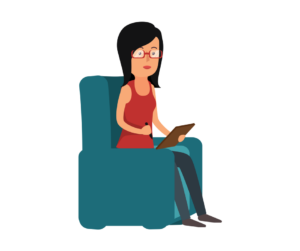 But, when a woman is overlooking the faults in her man because she is fearful of losing him or trying to mother him into manhood, I typically find that the relationship will end up in a worse state than when it began. In fact, a woman in such a case will often end up creating a monster of sorts when it comes to selfish tendencies.

By making excuses for his negative behavior

Once again, I certainly understand that women should wield what I call the sword of faith and gentleness. We teach this in our marriage book, How to Fight with Your Marriage Without Fighting with One Another.

However, if a woman finds herself using these forms of biblical weaponry to appease her feelings of fear instead of love, then she is not truly loving her man. She is actually loving her fears of losing him more than anything. There is a difference as this type of love can be a very selfish form of love which is no love at all.

I Corinthians 13:5 tells us that true love “seeketh not her own.” Therefore, good behavior that seeks to appease a person’s fears at the expense of what is best is simply selfish behavior with a varnish of love.

If a woman finds herself always selling a story to others and herself about her man, she may be one that is guilty of managing her man and her marriage through excuses. Here are some statements that can commonly be heard by women in such a state:

He had a troubled childhood

He’s really a teddy bear inside

He doesn’t mean to hurt anyone

He’s really a good person deep down inside

He really does have a sensitive side

By carrying his load for him

Women sometimes make the classic mistake of projecting their femininity onto their husbands. In other words, women are very drawn to someone that shows love and concern. However, men are not as apt to respond positively to care and concern as they are to abuse it especially if that love is more of a selfish type of love. Let me explain:

A woman tends to think, “If I am nice to him, then my husband/boyfriend will appreciate it as I do and change for the better.”. However, a man tends to react differently than a woman. Unfortunately, rather than meeting charity with change, he often reacts by taking that kindness for granted, especially when that kindness is motivated by a fear of losing her man or the relationship.

Once again, though I advocate using kindness rather than negativity to bring about viable change in a relationship, some men need strength as well as service. And, I have also found that if a woman is always rushing to a man’s aid by doing what he formerly promised he would do, then he tends to refrain from growing up and taking his responsibilities seriously. In fact, this is not kindness for a woman as much as foolishness.

Practically speaking, if a man says that he will fix the car, stop jumping in and rescuing him. If he said he would mow the grass, let it grow until he sees the ramifications of his laziness.

Also, not to be repetitive, but I need to accentuate the need for a balanced approach in this area. That is, we certainly find that using love to fight for your marriage is far more effective. But, if a woman is paying the man’s bills and taking over the man’s responsibilities with the naive expectation that he will forsake his boyish tendencies, she will often be waiting a long time.

By financially helping him when he should be working

This point is a little tricky in that if a man will not work the woman will have to ensure that the bills are paid, children are fed, and the house note is paid.

But, especially in a pre marital situation, if a woman finds herself paying the man’s bills in hopes that he will reform, she will find this to be an endless dysfunctional cycle.

Some men are motivated by pain much more than niceness, and it is far better to let him fall flat on his face from a financial perspective as necessity is often the mother of invention, especially for boys that need to become men.

Though we encourage married women especially to utilize what I call the sword of thankfulness, single women do not necessarily owe this to their man. That is, I often see single women that will overlook a man’s negative qualities and offer praise when she should be getting her head out of the sand.

By controlling his every move

Some wives try to control the behavior of their husband with unreasonable expectations, monitoring his every move, showing anger when he steps out of line, questioning his every move and decision, controlling his environment, et cetera.

Though we do believe that husbands and wives should be accountable to one another, this type of control will wear both the husband and the wife down to nothing until they both are ready to throw in the towel.

As you can see, the above mentioned list involves motivation as well as action. Therefore, I agree that the bible teaches women to use kindness, but kindness mixed with a fear will cause a woman’s actions as well as results to be skewed.

I would highly encourage women to stop playing chess with their marriage and simplify their focus. Rather than thinking, “If I do this, then he may not love me or want to stay.” or “If I show too much tough love, he may bolt.”, I would encourage ladies to focus on one thing: obedience to God.

In other words, faith is believing God and leaving all the consequences to Him. And, when a woman starts to curtail her obedience to the Word because of what she thinks her man may or may not do, she starts a horrible cycle of babying the man in hopes that he grows up. Unfortunately, this method has seldom worked.