Why Men Are Mad

I am finding an increasing amount of men that are just plain mad. They are mad about their marriage, the treatment they receive from their wives, and what they view to be an uneven playing field when it comes to marriage.

Below are few reasons why I believe this to be occurring.

Some Men Have Fallen Into A Pit of Their Own Making

Mankind in general is prone to sabotaging his own own success and then loathing the negative repercussions that follow. Here are a few verses from Proverbs that undergird this thought:

Proverbs 26:27 – “Whoso diggeth a pit shall fall therein: and he that rolleth a stone, it will return upon him.”

Proverbs 11:17 – “The merciful man doeth good to his own soul: but he that is cruel troubleth his own flesh.”

From my experience of dealing with men, many a man has dug a pit of anger, bitterness, and laziness only to end up falling in himself. He often does this by:

Failing To Lead His Family Toward The Light

If a man is not leading his family toward the Light, darkness will prevail in his marriage. It is that simple. Though his accusations will be hurled at the disrespect he is receiving from his family, many times, the darkness of disrespect is only present as a result of his leadership away from the Light of God’s Word. 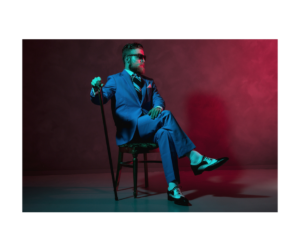 Being Loose With His Words

A man’s words are like a boomerang. What he gives out will always find a way of coming back to him.

Failing To Protect The 3 Parts Of His Household

Marriage is more than a paycheck. A husband should be looking out for the physical, emotional, and spiritual needs of his family. If he is not loving his family in these three areas, negative repercussions will follow, and his temptation will be to get mad at the trouble that his lack of care in all three of these areas has caused. We deal with this in chapter 8 of our marriage book, How to Fight for Your Marriage Without Fighting With One Another.

Some Men Are Still Carrying An Emotional Debt of Sorts

Many wives are still paying off the emotional debts that wayward fathers and bitter mothers charged to their spouse. However, it should be noted that this is why we teach that a happy marriage is comprised of happy spouses. That is, I like to say that my wife and I do not have a great marriage because we have one another, we have a great marriage because we are filled with God’s love and joy before we even see one another.

We often say that people have a God-shaped vacuum, but they also have what I call a Dad-shaped vacuum. That is, many men go through life trying to get out of others what they never received from their dads and moms. Thankfully, God is a father to the fatherless (Psalm 68:5), and only He can succeed where our earthly parents failed.

A wife cannot fix what others have broke. Only God is able to do that. Although her love can help to display what I call God’s love with skin on it, ultimately, God has to do the fixing.

Some Men are Dealing with Relational Injustices

Many men complain to me that they feel there is an unequal playing field when it comes to marriage. Some even feel that an unbalanced emphasis on Ephesians 5:25 without mentioning Ephesians 5:24 is almost empowering women to withhold their love and affection toward their husbands.

I deal with this aspect in our marriage book, How to Fight for Your Marriage Without Fighting with One Another, as I wrote:

“Throughout time, women have been tempted to withhold their love and affection toward their husbands because they fail to measure up to their expectations. A woman that has given in to this temptation must realize that when she holds back from loving her husband because he doesn’t meet her standards, she is simply holding her love as a ransom until he comes up with the appropriate payment. This is actually a form of manipulation.”