What Happens To Men When Women Get Mad

A man may act defensive, inconsiderate, or non-nonchalant when his wife is upset, but I am not so convinced this is his initial reaction deep down inside.

Generally speaking, men are goal-oriented. In fact, I find that most men really do want to please their wives. However, when this goal goes unmet, many either give up or give into the temptation to lash out or prove to their wives how unworthy they are of their wife’s anger. Either way, such approaches will always prove to be futile as they come across as being self-centered in nature.

As a young married man, one of my greatest growth points was learning that lashing out or getting defensive always led to even bigger fights and arguments. This is mainly because my wife saw my defensiveness or my anger as a sign that my goal was primarily selfish in nature in that I was more concerned about her reaction toward me instead of how she felt deep down inside.

Though many women would agree with this last paragraph, let me give you a few reasons why I am finding more men than I should that are bristling with the aforementioned thought:

Women want to be equal with men, but they still want to be treated like a female.

It is interesting that women demand equal rights with men in every place but the battlefield of male-female relationships. Though I am for equal pay for equal work and all that kind of stuff, at the end of the day, men and women have very different roles in a male-female relationship. In other words, no matter how sophisticated our society gets, intrinsically, women are responders, and they tend to rate the quality of a relationship by the man’s treatment of the woman.

I know some are trying to change this age-old norm, but even those that run from it, are still being controlled by it. In fact, their need for an adamant stance against it has a way of proving that this is an unmovable fact of life.

Men are not achieving inward success.

No man is ready for outward success until he has internal success. In fact, every trophy he wins in life will only serve to add to his misery because it reminds him that even his highest goals are unsatisfying at best. (Ecclesiastes 5:10)

A biblical man should want his wife’s respect, but he should never have to have it in order to feel like a man. If this is ever out of balance in his life, he will always come across as a big baby when he fails to receive the respect he desires.

Many are not able to see under the surface.

Life requires much more than a surface knowledge to succeed, especially when it comes to relationships.

Marriage requires that a man dig down in order to see his marriage built up. But, if a man only sees that he is not being respected in the immediate, he will lack the patience to plant the seeds of unconditional love with the result of seeing the fruit of respect at a later time. 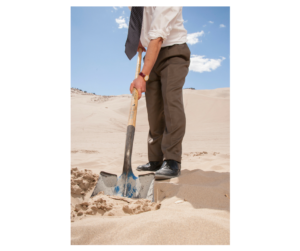 As stated in chapter 8 of our marriage book, as a young married man, I came to the realization that my wife was a wilted flower. I also saw that repentance for me was taking sole responsibility for the state of my flower and being willing to love Melody unconditionally in the present until she opened back up to me on her time-table, not my own.

For more help with your marriage, be sure to check out our marriage book, How To Fight For Your Marriage Without Fighting With One Another, by going to our online resource center.

7 comments on “What Happens To Men When Women Get Mad”