Start Living The Movies You Say You Love

Many seem to be willing to watch a movie, but few seem to know what it takes to live out a good movie script in their lives.

We have all seen the movies portraying that valiant rescue of the woman by the man. Though some see it as too stereo-typical, there is a reason why this theme is a constant in many a movie: 1. Audiences like it 2. Nature is not moved by political correctness

Nevertheless, just the other day, this thought occurred to me: if the man in these scenes is spending his energy and time pursuing and rescuing the woman, then what is he not doing.

Obviously, the male rescuer could be somewhere else. He could have chosen not to take on such a dangerous task. His hobbies, personal pursuits, and his business endeavors had to suffer while he was away. 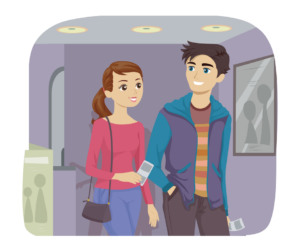 As a marriage and relationship coach, I often find men that will gladly watch a man on television rescue his woman, but neglect even the simplest of sacrifices in order to please his own.

It is more than common to find men that are unwilling to curb their career ambitions or limit their hobbies. It is also commonplace to see men that struggle when it comes to holding their tongue or staying aware of their wife’s needs.

To put it bluntly, I am extremely tired of our entertained society that is unable to swallow the reality of what produces greatness in their own lives. Though we applaud what we see on a television screen, ask yourself this question: if my marriage was a movie, would others be impressed by my sacrifice for the woman I say I love or would they give a thumbs down.

For ordering information about our marriage book, How to Fight for Your Marriage Without Fighting With One Another, be sure to visit our online store.