I Can’t Take It Anymore

It is more than common for men to read an excerpt from my marriage book, How to Fight for Your Marriage Without Fighting With One Another, or one of our blog posts and reply with statements as such:

“Just remember, It goes both ways.”

“Why are most of the marriage books about the men?”

“Why are most of your articles about the men?”

“The woman has responsibilities too.”

“This seems one-sided. How come the men are always the problem?”

“It takes two to tango.”

Though I certainly understand that women are responsible for their own actions, I am a little tired of the whining I hear from men on this issue. Let me give you a few sage reasons as to why.

In most cases, women are bitter as a result of a man that has failed in some form or fashion.

I once heard Frank Pardue say that behind every bitter woman is a man that has failed to do his job. Though I must say there are probably a few exceptions to this rule, keep in mind that the exception typically proves the rule. And, I would have to say that, from experience, I am in 99.9% agreement with his statement. The man may be a father, sibling, boyfriend, or husband. But, in most cases, I would have to agree with the generalization.

No matter how hard a woman tries to throw off age-old norms, women live responsively to men. In fact, even the woman that runs ever so hard away from the influence of a man is still being influenced by . . . well . . . a man.

I would wager a million dollars that if men at large did not care for immodest clothing, women would stay away from wearing it. If men detested promiscuous behavior, generally speaking, most women would probably follow suit.

One of the greatest areas of sexual trafficking is not just over the borders of America and Mexico but on the screens of Hollywood movies and music videos. Consequently, our ladies feel the need to be less and less lady-like as there is almost always a gawking male ready to drop the black rose petals of praise in her path. As long as this occurs, women in our society will continue to feel the need to sell their honor for the morsels of attention they receive.

This Puts the Onus on Men Not Women

Women are always a byproduct of the men in a society. In fact, if one reads Isaiah 3, they will see that once the mighty man is taken away, negative repercussions are soon to follow with the women and children. 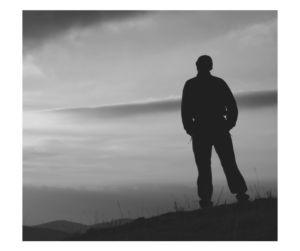 I certainly understand that women have their role to play in the marriage, but ultimately, I’m a little done with the whining from men. If men want the benefits of leadership, then they will also have to embrace the responsibilities that come with the package.

Corporately, I believe that men in America should repent and take ownership of the problems in our society, especially with women. Honestly, if we would act like men, that is, Biblical men, then I believe much good would follow.

For ordering information about our marriage book, How to Fight for Your Marriage Without Fighting With One Another, be sure to visit our online store.

10 comments on “I Can’t Take It Anymore”