Manhood, The Great Prerequisite For Marriage 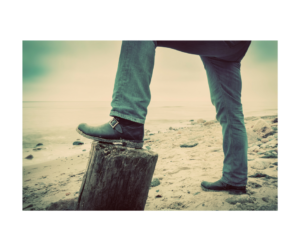 When providing marriage help for men, I am often forced to point out that many men are simply little boys in the bodies of men. That is, mentally, emotionally, and, especially, spiritually, many men have failed to grow up.

Unfortunately, very few boys seem to be truly making it to manhood. And, the fundamental difficulty with this as it relates to marriage is that boyish men make poor marital partners.

Here are a few characteristics of men that are still boyish in their tendencies:

Boys are Motivated by their Feelings Instead of Biblical Principles

Feelings of anger, despair, apathy, and laziness will only serve to hurt a marriage. When a man is driven by these feelings, he ceases to act like a man, but rather a boy. And, when this occurs, disaster looms in any marital relationship.

Boys are Self-Interested, Men are Selfless

One of the more difficult jobs that I have as a pastor and marriage coach when providing marriage help for men is encouraging men to separate themselves from their selfish tendencies. In fact, this is why Ephesians 5:28 tells men “to love their wives as their own bodies.” This is primarily because God knows that men naturally serve themselves before the needs of others, and, when this occurs in a marriage, problems quickly arise.

Boys are Still Looking for Validation, Men Walk in Validation

Humans are naturally on what some call a search for significance. However, this significance should only be found in the love and security that only Christ can offer.

Males that lack validation also lack an ability to selflessly love. This is because only those that stand on the solid ground of Christ, a high self-worth in Christ, and a healthy respect for themselves truly have the ability to love others without any strings attached to their own insecurities and selfish tendencies. We deal with this further in chapter one of our marriage book, How to Fight For Your Marriage Without Fighting With One Another.

Boys Live for themselves, Men Walk with the Lord

To be honest, there are many men that are manly from the world’s perspective, but, in reality, all that really matters is what God perceives.

In I Kings 2:2-3, as David was departing this world, we find him instructing his son, Solomon. This was a part of his speech:

“I go the way of all the earth: be thou strong therefore, and shew thyself a man; And keep the charge of the Lord thy God, to walk in his ways, to keep his statutes, and his commandments, and his judgments, and his testimonies, as it is written in the law of Moses, that thou mayest prosper in all that thou doest, and whithersoever thou turnest thyself:“

I love the way David defined manhood. It was not by square footage, money in the bank, athletic achievements, or a beautiful woman. David told Solomon that a real man keeps the commands of the Lord.

22 comments on “Manhood, The Great Prerequisite For Marriage”