Why Fear Is Worse Than Greed

There are two emotions in life that cause hardships in our relationship with God, our spouses, and our children. Though one seems to get a pass on many an occasion, both are extremely destructive. These menaces are fear and greed.

If fear and greed were villains, greed would probably have a higher price on its head. However, I believe fear to be a little worse for the following reasons:

Everyone that is fearful feels justified in their fear-based approach to life and relationships. In their mind, they are protecting their marriage and the ones they love. However, it should be noted that though we should be cautious in some areas, there is a fear based in our unbelief, our idiosyncrasies, and our insecurities that can destroy healthy relationships. 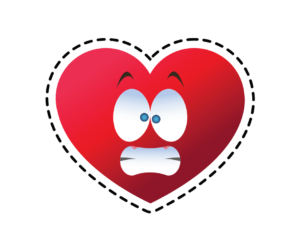 A fear-based spouse will often see darkness where there is simply light, feel hostility when there is peace, or read something into a situation while others are just doing life. Nonetheless, the results can lead to as many fights as a marriage that is plagued with a greedy, self-centered spouse.

Fear-based people do not take the blame

People that are prone to fear-based actions are more likely to blame others around them for not being equally afraid. Thus, it is harder to identify the true culprit in the relationship because the focus of the blame is often misguided at best.

Though their logic and scriptures will often be faulty or out of context, they seem all the more believable and sincere because of their arguments.

I like to tell people that I have better me-sight than insight on subjects like this. In other words, I was a horrible fear-monger in our marriage during the early days, and I still have to watch my thoughts and actions.

There was a time when my wife was afraid to be herself. She hid behind a shell of stoicism as she never knew when the next fear-based bomb was about to drop.

To make matters worse, my fear was cloaked with religion (which is the worst kind), and I failed to see how debilitating it was to our marriage until about 5 years into the marriage.

Here is what I found that helped me to move into a more loving approach to my marriage and life in general:

In other words, sensing the presence of my Heavenly Father helped me to relax and see goodness where previously I saw the opposite.

2. I had to stop blaming others in the marriage and home.

The greek word for devil in the scriptures is diabolos. The word is actually translated slanderer or accuser in a few places. I had to realize that though I was religious, I had many of the characteristics of the evil one in that I was proud and a slanderer of those around me.

Manhood means taking sole responsibility for your actions instead of blaming others. It also involves taking the consequences of your actions on the chin and doing whatever it takes to ensure that the original actions that caused negative reactions from others are no longer in play.

I often encourage spouses and families to do what I call a Philippians 4:8 detox. In this passage, Paul tells us to think on things that are praiseworthy.

Mark it down. When you stop beating dead horses of negativity in your mind, you will see a release of tension in your spirit, marriage, and the rest of your home.

5. I had to realize that fear was greed.

When people are fearful, their focus is hardly ever on God’s glory. In fact, the energy swirls within them and around them, but it hardly ever is an energy that causes the focus to be on God and the true betterment of others. Truly, love, agape love, never fails and it certainly “casteth out fear”.