Living with an angry or frustrated wife?  Rather than simply blaming her, a husband will do well to see how he may have contributed to the problem.  Take a look at this excerpt from our marriage book, How to Fight for Your Marriage Without Fighting with One Another.

Husbands are better than they realize at training their wives, yet, this training is of a different sort as it takes little or no effort to accomplish. 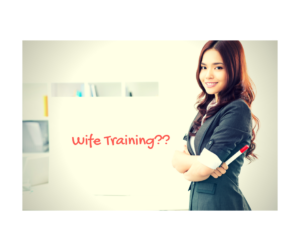 When I was young, my mother would ask me to clean my room, take out the trash, or go outside and feed the dogs. To my shame, I would often ignore her requests until, finally, she would lose her cool for the purpose of gaining my attention. Without knowing it, I was subtlety training my mother that she had to use anger to control my actions.

Similarly, when I was first married, I would not change my behavior or show concern toward my wife until she was either in tears or outwardly displaying her frustrations. In an odd sort of way, I was training her that to get me motivated she had to use either anger or some other form of drastic behavior.

Many wives do not want to show anger or hostility toward their husbands. It is just that from their pragmatic viewpoint, anger works to get their husbands motivated to take decisive action.

If you are a man that is married to an incessantly angry or frustrated wife, you may want to consider that it is entirely possible that through your laziness or lack of cognizance you have left her with few options. In her mind, the last and only resort may be to nag, harp, or lose her cool.

Our marriage book, How to Fight for Your Marriage Without Fighting With One Another, is designed for individual as well as small group study use. We have also designed it to be used as a couples devotional. To order, visit our online store at www.Shop.HittingHomeMinistry.com.