Every Marriage Comes To A Pivot Point

Ever wonder why marriages fail or start to go bad? I believe that to find the answer you must go back to the early days of a relationship.

In the early stages of a romantic relationship, couples can act according to how they feel. This is because both see the good, but not so much the bad and the ugly of one another as of yet.  Thus, since they feel happy and hopeful that the other person is the one for them, both usually act in a kind and affectionate manner.

During the early part of a relationship, there is also sense of newness and curiosity in the air which helps to produce a descent amount of intoxicating feelings. Though negative characteristics about the relationship and one another may be present, many are too drunk with their own emotions during this leg to notice or do anything about it.

I Love What You are Doing for Me

At this juncture, when couples say, “I love you.”, they typically mean “I love what you are doing for me.” or “I love the way I am feeling.”. They are not so much in love with meeting the needs of the other person as they are with their feelings of intoxication. Bear in mind, there is a difference.

Gradually, things change. It can be before the wedding day or after, but the atmosphere surrounding the relationship starts to feel a little different. Differences in personalities, negative behaviors and attitudes, or disagreements on how to deal with life in general start to cause the flood of emotions to subside. As these emotional waters lower, the rubble of their differences and their selfish tendencies are often in plain sight. 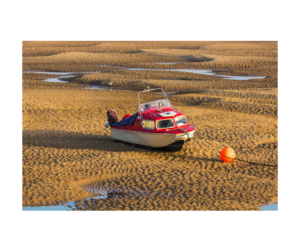 It is at this time that couples tend to believe that their love is waning.  On the contrary, it is just now that they are going to show whether or not they have an ability to truly love each other in a Biblical manner (John 15:13 and I John 3:18). In essence, they have come to what I call the pivot point.

Most marriages do not fail because of a lack of compatibility, personality differences, or too much water under the bridge. For those looking for answers as to why marriages fail, it must be noted that it is because of a failure to make the right moves from this juncture.

The pivot point is a stage that every couple comes to whether they realize it or not. It is at this phase that they either make or break their marriage or pre marriage relationship, and they usually end up doing one of the following: quitting, fighting, settling into a chasm of mediocrity, or making the appropriate changes necessary.

The pivot point occurs when couples start to sense their initial emotions for each other waning.  The feelings that once flowed so freely start to become dammed up by arguments, boredom, temper tantrums, feelings of insecurity, or the reality of what makes a relationship really work. Though this shift can come in all shapes and sizes and in different degrees, it will happen in any relationship.

Up to This Time

Up to this time, it worked for both parties to act according to their feelings as they previously felt happy, vulnerable, and like little kids around each other. Now, the atmosphere is a little different in that their emotions are minced with feelings of anger, apathy, bitterness, fear, disappointment, confusion, or possibly dejection. If they continue to act according to how they feel, they will simply make matters worse, and their relationship will fail to move to higher ground.

For couples in such a case, a change in their approach to the relationship will be necessary. In other words, when they see their initial emotions for each other changing, it is vital that they make the right pivot or change in the relationship in order to keep their feelings flowing in a positive direction. The change is as follows:

Instead of allowing their actions to be a slave to their feelings, couples must learn to make their feelings subservient to Biblical behavior.

6 comments on “Every Marriage Comes To A Pivot Point”