Why Some Marriages Improve After an Affair?

Without a doubt, if a couple is going to stay together after an affair, they are going to take a trip down a very bumpy road. This is because adultery is the most grievous sin that one can commit against a marriage, and, unfortunately, the only group of people that truly understand its devastating effects are those on the receiving end.

All that being said, it should be noted that some couples, even after an affair, end up having a better relationship than they ever had before. Here are a few reasons:

Many Couples, After an Affair, Understand that you Can Not Just Let Life Happen

I often say that if having a great marriage was easy, then everybody would be doing it. Unfortunately, many seem to believe that having a successful marriage is just an overflow of all the feelings of love and passion that couples have for one another. Though feelings, passion, and hormones should be present in a marriage, if you just let life, and, consequently, your marriage happen, your marriage will get run over.

To have a successful marriage, you must carefully guard your time, schedules, priorities, mind, relationship with God, emotions, children, and thought-life. Mark it down. If you just let life happen, life will run you over.

Difficult Times can be a Tremendous Bonding Agent for Couples

Two pieces of gold are melted together by using intense amounts of fire and heat. The same can also be true with husbands and wives. In fact, when a couple takes a trip to “hell and back”, the fire and heat of that situation often causes them to have a bond and a mutual understanding that would be difficult to reproduce with any other individual.

Oftentimes, when adultery has occurred, there are a few reasons why adultery was an easier route for one of the participants in the marriage to take. One of the reasons is that either one or both of the parties involved had distorted priorities that were serving as leeches to the marriage. That is, before adultery, some work harder at protecting their material assets than their relationship with their spouse. Others put more time and effort into their hobbies and their weekend endeavors than their marriage. After an affair, many receive the wake-up call of their life and quickly put their relationship with their husband or their wife back in its proper place. 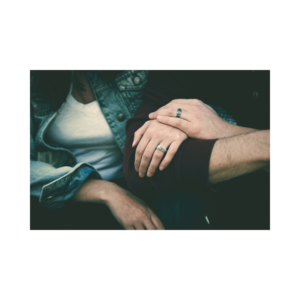 You might say, “‘Double-header’. What’s that?”. Obviously, if a person has committed adultery with your husband or your wife, they won the first game, but if you allow this to destroy your relationship, finances, children, and, consequently, your life, there is a sense where you are allowing them to “win” the second and, by the way, the most important game of the series.

One of the best ways to start ensuring that you can “win” after unfaithfulness is to start replacing some of the bad ingredients that were previously in your relationship with good ingredients. Our marriage book, How to Fight for Your Marriage Without Fighting with One Another, is designed to help you in that process.

9 comments on “Why Some Marriages Improve After an Affair?”