The Most Misunderstood Word in the Human Language

Forgiveness in marriage can be a difficult subject as forgiveness is one of the most misunderstood words in our language today. Though forgiveness does not come natural to us, it is, nonetheless an all important subject if you are going to progress in your marriage relationship.

I often hear people say something to the effect of “I’ve forgiven him / her, but I just have a hard time being around them.” or “I’ve forgive him / her, but he / she just gets under my skin.”. Others make statements like “I’m a very forgiving person, but this, I just can’t overlook.”. 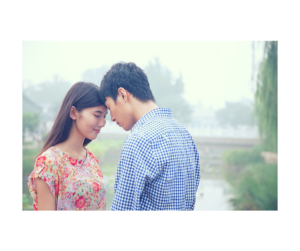 To the above mentioned statements, I often respond by saying, “If that’s forgiveness, then I’d hate to see unforgiveness.”

Forgiveness in marriage is not a feeling that we have deep within the inner sanctum of our being. Forgiveness is a choice to do following:

1. To love the other person as if they were already exactly what you expect them to be (I Corinthians 13:7).

2. To work on the relationship without using the past in a way that makes the other person feel inferior (Philippians 3:13).

4. To refrain from speaking to others about the other person in a negative context (Ephesians 4:29-31 and Matthew 18:15).

5. To refrain from dwelling on the issue in a negative manner within the realm of your own mind and heart (Philippians 4:8).

6. To dwell on the other person’s positive points and not their shortcomings (Philippians 4:8).

What has helped me to formulate these principles on forgiveness is the example that God has set in regards to forgiveness. In other words, if this is the way God treats us when He forgives us, then we should be willing to emulate the same behavior when we say that we forgive others.

Of course, there are times when husbands and wives should exercise tough love. There are also other occasions when even though you are possessing a spirit of forgiveness, you have to makes certain moves to protect yourself and possibly your children. However, in my estimation, there are a vast majority of people that believe they have forgiven their spouse, but they may be sadly mistaken in that they are not imitating God’s example of forgiveness.

2 comments on “The Most Misunderstood Word in the Human Language”