Why Our 2-Step Process Works

Over the years of helping couples in need, I have found that husbands and wives in a troubled marriage desperately need what I call “handle bars of information”. That is, they are typically looking for very specific instructions on what to do and when to do it as they are often drowning in their feelings of discouragement and despair.

Husbands and wives in a troubled marriage also do not have time to go through what I call the learning curve of relationships. In other words, I often tell couples that this may be their first or second time having difficulties, but I have spent 17 years speaking, writing, counseling, and coaching couples in need. Therefore, my job through our resources and coaching sessions is to make sure that couples do not have to solve their issues through trial and error.

There are a thousand ways that couples find to head toward what I call the south pole. The south pole is where anger, bitterness, resentment, a lack of communication, little or no intimacy, apathy, and emotional lethargy reside. 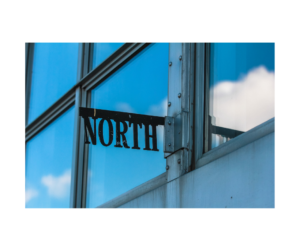 When I first started to deal with couples in need as a pastor, I would spend large amounts of time trying to keep couples from taking the thousands of different paths that there are down to the south pole. If a couple had a problem with anger, I would relate as many scriptures as possible that warn people against the use of anger. If their struggle was in the area of communication, I would attempt to give them verses detailing the woes of using ill-advised forms of communication. The only problem was that I found that my counseling was only so effective. I not only found that the tone of the sessions was fairly dark, but many couples were leaving more frustrated than when they entered my office. Finally, a better, faster, and more Biblical approach was discovered.

Through the course of time, I started to see that the best way to keep couples from taking the hundreds, if not thousands, of roads to the south pole was to simply start heading toward the north pole. In other words, I found that if couples would focus on doing a few positive things right, by virtue of doing those few positive things, they would often stop doing the hundreds of negative things they found to do to irritate one another. This was all discovered as I considered the teachings of Christ in the gospel of Matthew.

Summed Up in Two Commands

This teaching was probably mesmerizing to the average Jew in that Jesus took all of the Old Testament commands and summed them up into two positive commands. He essentially taught that by virtue of loving God and loving others, His followers would not be doing all the negative things that God said not to do in the Old Testament.

While musing on this subject, I took the time to apply this same principle in part to marriage, and I found something out. I saw that though there are times when we need to hear the thou shalt nots of marriage, there was a more refreshing and Biblical approach. I found that if couples would concentrate on taking two positive steps, by virtue of taking those two positive steps, they would often stop doing the hundreds of negative things that they would often do to hurt the relationship. Thus, we started to teach a 2-step process to fighting for your marriage without fighting with one another.

For Individual or Group Study

Our marriage book, How to Fight For Your Marriage Without Fighting With One Another, has been designed for individual as well as small group study purposes. To find out more about our marriage book, visit our online resource center. Our marriage book is also available for an immediate download in Kindle format.