A Marriage Made in Heaven is Pretty Earthly

I sometimes laugh when couples I coach think I am “hitting home” in a session as if I have some type of extrasensory perception or I have been a fly on the wall in their marriage secretly recording their conversations. The truth of the matter is that Corinthians tells us that “there hath no temptation taken you but such as is common to man”. In other words, we all struggle with the same emotions, temptations, and hang-ups in some way or another. The difference, however, is how we handle those emotions and act in the very presence of those emotions. 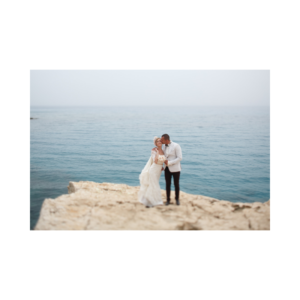 I guess this is why I get a little impatient, excited, hopeful, and sometimes exasperated at some point or another with couples that feel they have a bad marriage. It is as if they think that couples with a “marriage made in heaven” have something special they do not possess. If the truth be known, nothing could be further from the truth. Healthy couples often have a similar amount of unhealthy feelings and temptations. It is just that they find a way to do any or all of the following:

They do not allow their feelings to drive their actions.

If you are a feelings-follower then you will always be enslaved in some form or fashion. Biblical principles exalt whereas human feelings of anger, bitterness, and despondency bring individuals as well as marriages to very low points.

They understand that success sometimes involves simultaneous emotions that often contradict one another.

The scriptures are full of verses that show us that even the most dedicated of Christians can have simultaneous emotions that contradict themselves. These verses include Galatians 5:17, Matthew 26:41, and Romans 7:15 to name a few. The victorious Christian is not devoid of bad feelings. He or she simply learns to allow a better influence to encourage better behavior even when they feel like acting in a different manner.

They give time for their initial feelings that are contrary to biblical principles to subside.

There are plenty of times in life that I have initial feelings that could cause massive destruction if I failed to wait and allow them to subside. To be totally honest, I have found that this is why it is important to only speak in a high pressure situation after waiting for your initial emotions to wane. If I fail to do otherwise, I will usually greatly regret the words that come from my mouth. Maybe this is why Proverbs teaches us that he that hath knowledge spareth his words (Proverbs 17:27) and that we are to be swift to hear, slow to speak, and slow to wrath. (James 1:19)