Who’s in Charge of Your Marriage?

When men fail to love their wives because of what they perceive to be a lack of responsiveness, they are allowing themselves to be controlled by the behavior of their wives. In fact, I find that these two things are occurring when this transpires:

1. The man is waiting for permission from his wife to be the man he vowed to be.

When a man bases his love on the behavior of his wife, he is not in control. Whether he realizes it or not, he is being controlled by her negativity not by his conscience, his commitment to the marriage vows, or his God. His is committing the mistake of allowing her behavior to dictate his actions. 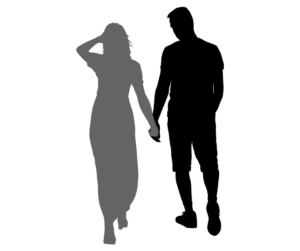 This is a classic mistake that spouses make in a troubled marriage. In a sense, they are allowing the dysfunction of their spouse to become the true god of their actions (Romans 6:16), and this is always a problem in that no individual or couple will ever rise higher than the true master of their marriage. We deal with this in chapter 3 of our marriage book.

2. The man becomes a walking contradiction.

Bank tellers will tell you that the person with lots of bling and the shiniest car is usually poorer in relation to the man with an old truck and overalls.

The teenager that has to walk with a strut and talk a big game typically has the least confidence. It is the young man that finds but little need to let everyone know how confident he is that is truly over abounding with confidence. (Proverbs 17:27)

In the same way, the man that runs from his obligation to serve his wife yet becomes bitter about her negative responses will often tout how he could care less what she does. But, it should be noted that the man that has to tell everyone how little he cares is usually showing how much he cares. If he did not care, then why does he feel a need to verbalize his disgust.

Jesus said that out of the abundance of the heart the mouth speaketh (Matthew 12:34). I know people say that you cannot know someone’s heart, but Jesus teaches otherwise. We typically know what is in someone’s heart by their words as they are heart indicators.

Love Because it is Right

Though I am the first to admit that there are some women that are dissatisfied no matter how much love they receive, men will be wise to love their wives because it is right rather than because it produces the result they desire. In fact, when a man refrains from loving his wife because of her lack of responsiveness he is showing that he is simply a conditional lover.

Conditional Love is Not Love

Many men will do well to remember that true repentance is taking total responsibility for the state of their actions and the repercussions of those actions. I have found that men do not even begin to prosper until they stop blaming their wives for their negative behavior and focus more on the lack of love that has caused the lack of good feeling in their wives.

If I neglected to change the oil in my car, I have nobody to blame but myself. I can ignore the warning light, argue with it, or take full responsibility. In the same way, many husbands will do well to accept total responsibility for the state of their marriage and their home and return to their first works.

I am finding many men that are balking at taking full responsibility for the state of their marriage. Though I am aware that some women will reject the love of even the best of men, this is more of an exception rather than a rule.

Behind every bitter woman is a man that failed somewhere. That man may be a father, ex-husband, old boyfriend, or current husband. But, mark it down, somewhere out there, a man lacked the strength or the wisdom to pull her outside of herself in a loving way.

The Demasculinization of America is a Faulty Premise

I often hear people talk about the demasculinzation of America. However, as of late, I have been swaying away from using this term. This is because if someone can take away my manhood, then I was not much of a man from the start. In other words, is someone taking away our manhood as a society or are we as men giving it up by walking contrary to the scriptures?

I say that nobody, including our wives, took it away. We gave it up. Take responsibility for your actions and the negative repercussions of those actions. Do what the scriptures say and “quit you like men.” (I Samuel 4:9 and I Corinthians 16:13)

3 comments on “Who’s in Charge of Your Marriage?”