What is Your Back Story?

It was over 20 years after their deception when the brothers of Joseph stood before him. They were in hot water, at least, it seemed to them.

In Genesis, we have their almost out of place reaction as they were interrogated by Joseph, the one they had cast into a pit and sold as a slave years earlier. Though at the time they did not know it was Joseph, they said amongst themselves:

“We are verily guilty concerning our brother, in that we saw the anguish of his soul, when he besought us, and we would not hear; therefore is this distress come upon us.” – Genesis 42:21

Here is what is mesmerizing to me about their words:

1. They did not know they were talking to Joseph at the time. In fact, there was no logical reason that he should be in their thoughts.

2. It had been over 20 years since they sold Joseph into slavery.

3. When they were in a dilemma, their guilt over their sin from over 20 years ago came up to the surface of their heart.

Many seem to think that their heart is like a can of paint. Whatever they have felt, dries up over time. But, Genesis reveals a different story. Our hearts are not a can of paint. Like cans of oil, they are containers that hold anger, hurt, guilt, fear, and unforgiveness for many years unless there is an intervention from above.

Most of us have a back story that involves pain, regret, failure, insecurity, or guilt. If we fail to properly deal with these feelings, we deceive ourselves if we think that they will go away on their own. In fact, I have found that in order to compensate for the back story, many come up with a front story. The problem here is that this forms a tension inside and a pressure that often causes people to feel the need to decompress through extreme pleasure, alcohol, drugs, drama, risky behavior, or hiding out from the pressures of life. 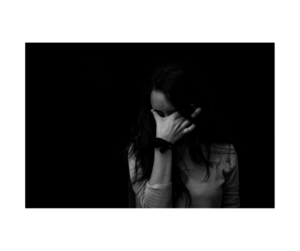 When you see a teenage boy that walks with a huge strut, he is sending out a message. His back story is that of insecurity, yet he tries to overcompensate with a braggadocios front story that only deceives himself.

The person that feels the least in control in their life often has a back story of pain, fear, or hostility. They overcompensate for this feeling with a front story of legalism, hyper-scheduling, pushing down others, or retreat.

Though there are many ways this internal contradiction plays out, these are just a few examples.

The awesome part of this contradiction within is that God gives us an immediate release from this tension, and it does not involve perfection as much as it does honesty.

James 5:16 tells us to “Confess your faults one to another, and pray one for another, that ye may be healed.” I love this passage. Though ultimate forgiveness only comes from God, healing involves others around us. In fact, the pathway that we are to take, according to James, always involves total honesty with not only God but others.

I remember the day when a professor in school brought my back story to the front for the first time in my life. It was a 10 minute conversation that led to me crying uncontrollably. Through a series of questions and remarks, he brought what I was afraid to let others see to the forefront. For the first time in my life, I felt a tremendous release as I had made a habit of overcompensating for my insecurities with a heavy work ethic, humor, cutting remarks, and an “I’ve got this under control” front story.

The awesome thing with God is that the first step to having what I call a whole story always starts with total honesty. That is, God tells us that if we will just confess to others what they probably already know anyway, we start treading the path of healing. That is, we eliminate the tension caused by the war between the front and the back story, and we start immediately having a whole story of being a work in progress and a byproduct of God’s grace.

I recently spoke on this subject in Hopkinsville, KY after our last marriage event. If you would like to download this message and listen at your convenience, feel free. The message is called, “What is Your Back Story?” It’s personally one of my favorites.