Why Do Opposites Attract?

Does God Have a Sense of Humor?

Either God had a sense of humor when he created marriage, or He had our best interest in mind. I choose to believe the latter, although, at times, I have toyed with the former.

It is true. Opposites attract. This is why I commonly assert that husbands and wives are two very different looking pieces of the same two piece puzzle. When they fit together in love, they paint a beautiful picture of the glory of God and Christ’s love for the church. 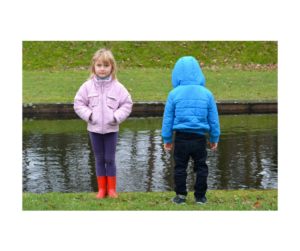 I sometimes detect that many view the differences between men and women as a handicap to having a healthy relationship. I take exception with that approach in that it is entirely probable that the differences are not designed to be stumbling blocks as much as stepping stones to a God-glorifying, divorce defying marriage.

When a relationship is functioning as it should, the differences between a husband and a wife prove to be helpful in a multitude of areas. Here are four just to name a few:

The differences between a man and a woman allow room for balance in a relationship.

Imagine trying to steady a see saw by yourself. It is possible, yet more difficult than if you have two people at each opposite end. In the same way, the differences between many husbands and wives in a more functional relationship serve to promote a healthy balance that positively affects every other area of their lives.

When opposites attract, it allows each individual in the marriage to be themselves.

Have you ever noticed that people that are just alike often do not get along that well? Instead of meshing together they are often competing against each other to be themselves.

If two talkers were married to one another, who would be listening? If you had a pair of romantics joined in union, who would there be to woo if both are in hot pursuit of each other? Thus another God-given reason as to why opposites attract.

Differences in a marriage help to provide an opportunity for a healthy form of tension in a relationship.

Tension in the strings of a violin is what allows the instrument to play beautiful music. It also ignites sporting competitions and keeps soldiers on high alert.

In the same way, the tension that comes from two opposites having to exercise great care to meet the other person’s needs can provide an edge to a relationship that would be nonexistent if both were exactly alike.

The differences between a man and his wife greater enhance the potential for more energy in the relationship.

Cold and warm air creates an atmosphere that welcomes tornadic activity. Unfortunately, the same seems to occur in dysfunctional marriages in that the differences between both parties seem to create an energy that seems to leave a path of destruction.

Conversely, for electricity to flow, both positive and negatively charged electrons are required. When correctly harnessed, electricity proves to be wildly beneficial.

Like electricity, the differences between a man and a woman seem to produce an energy that has the potential to be used for good. Without these differences, the husband and the wife would probably notice a diminished amount of energy in their relationship.