Going After the Jugular of Marriage Problems

If marriage is so wonderful, why are there so many with marriage problems? At Hitting Home, we like to simplify problems down to the least common denominator. Here is a very simple explanation as to why couples struggle.

The fundamental problem between husbands and wives is namely this: Husbands serve themselves or their interests more than their wives, and women try to change that behavior by using means that are less than effective. Are there exceptions to this rule? Of course. But, keep in mind, that the exception usually proves the rule, and, generally speaking, this is the foundational issue between men and women.

In relation to other subjects, the scriptures do not mention marriage all that much. But, when the Lord does, He certainly nails it. This is the case in Ephesians 5:28-29. This passage says:

“So ought men to love their wives as their own bodies. He that loveth his wife loveth himself. For no man ever yet hated his own flesh; but nourisheth and cherisheth it, even as the Lord the church:”

Going After the Jugular

In Ephesians 5, we see God going after what I call the jugular of marriage problems. He is saying in a few short verses what authors and speakers take hundred of pages to say. He is showing us that men have a tendency to be selfish and especially lazy when it comes to serving their wives. His solution is quite simple: men are to serve their wives with the same intensity level and rigour that they naturally want to serve themselves and their agendas. 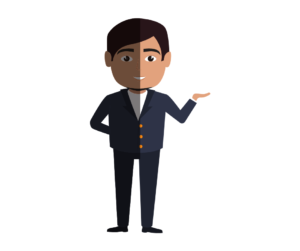 Though marriage problems come in all shapes and sizes, selfishness is the cause of most marriage issues today.  In fact, I often say that the problem with selfishness is that it is like gravity in that it is always working against us.  Therefore, extreme diligence should be exercised to ensure that as husbands and wives, our marriage is not being weighed down by its power.