Is My Marriage Over?

First off, I want to say that as I write this, I am already in prayer for the many of you that will read this who are dealing with the very difficult effects of separation, marital arguments, legal proceedings, custody battles, or adultery. For many of you, even reading this post is a type of last ditch effort as you are asking, “Is my marriage over?”

First off, we have to come to grips with the fact that we cannot do more than God can. And, if you will read many of the scriptures involving God and His wife, Israel, you will see that even God dealt with a very rebellious and adulterous people that would not turn around. This is evident through scriptures such as these:

Jeremiah 5:23 “But this people hath a revolting and a rebellious heart; they are revolted and gone.”

Isaiah 65:2 “I have spread out my hands all the day unto a rebellious people, which walketh in a way that was not good, after their own thoughts;”

Jeremiah 3:8 “And I saw, when for all the causes whereby backsliding Israel committed adultery I had put her away, and given her a bill of divorce; yet her treacherous sister Judah feared not, but went and played the harlot also.”

Personally, I have come to the conclusion that one of the most painful aspects of life is to watch people walk away from the Lord and not be able to change their minds and their hearts. Nevertheless, His grace is certainly sufficient.

Is Your Spouse Upset?

If your spouse is loosing their cool, throwing fits, angry, or emotionally devastated, then I am about to say something that may appear odd to you: this could be a good sign. 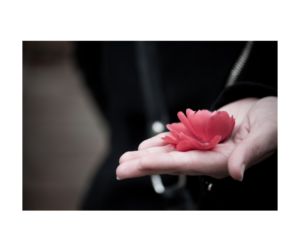 A stoic attitude about the marriage

A whatever happens attitude about the marriage

Stay in the Present

Couples that question whether or not their marriage is over often despise not knowing what is going to take place in the future. It is almost as if they would rather know that the marriage is over than not know at all. This is a grave error that many make that are asking, “Is my marriage over?”

I say it is an error because a spouse in such a state typically despises what I call a chasm of uncertainty. Consequently, their need for knowing what exactly is going to happen can often cause them to jeopardize any hope of the marriage being restored. I say this because couples that have this need to know approach will often commit the following fatal flaws:

This is often a mistake as the other spouse will sometimes be forced to take the safest answer for themselves which will be to say that they are leaving the marriage.

It is better for a spouse in such a state to quietly serve and work at opening the spirit of the other rather than trying to get the other to say something to simply appease their fears. We actually teach couples how to open the spirit of their spouse in our marriage book called How to Fight for Your Marriage Without Fighting with One Another.

They will make the conversations about themselves

Pressing the other for an answer about the next 20 years of marriage is not loving the other person as much as it is loving your fears. Spouses that are making this mistake should understand how much of a turn off this is.

Your Strength is to Be Still

Do not jump the gun with your spouse. If they are threatening divorce, keep in mind that, at this point, it is merely a threat. And, it is best to realize that in many struggling marriages, 90 percent of success will be to keep showing up with a more loving attitude than you did the day before.

Isaiah 30:7 tells us that, at times, our strength is to “be still”. Therefore, at this point, do not panic, and keep working at opening the spirit of your spouse before trying to reach their intellect.

6 comments on “Is My Marriage Over?”