Is it Always the Man’s Fault in a Marriage?

I often receive comments from men that ask, “Is it always the man’s fault in a marriage?”, “Why is it always the husbands fault?”, “Why do books always seem to put the blame on the man?”, or, better yet, “Why are you always blaming the man?”

By the way, I chuckle when I read these comments and emails because they are often counter balanced with messages from women asking, “Why are you constantly putting the blame on the woman?”

First off, it is not always the husband’s fault. Common sense would dictate that.

However, it should be noted that there are men that are sacrificially serving their wives yet to no avail. There are also husbands that cannot seem to figure out what more they can do to please their wife. As a matter of fact, there are even some husbands that tell me that the more they serve their wives the angrier they become. 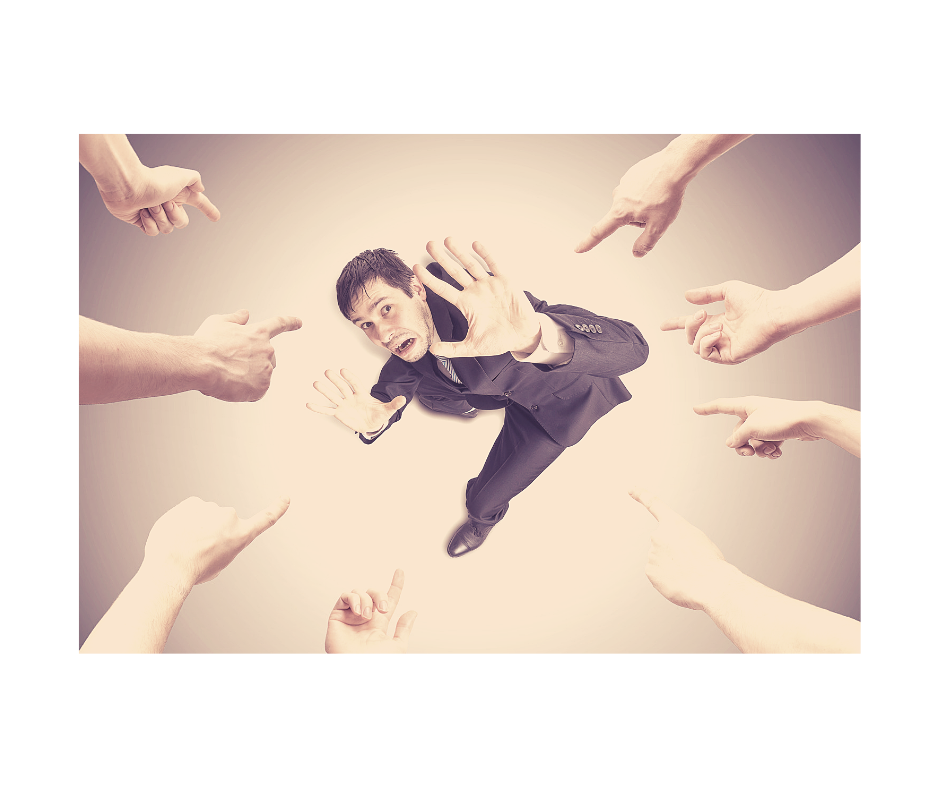 This post is geared more toward men in such a state that are tiring of feeling like they are the sole source of problems in their marriage even though they are doing all they can to please their spouse.

The wise man must realize that though it is not always his fault that his wife is upset or angry, her perception should still be his guide. In other words, in most cases, even when the problem is with the woman, the woman often feels justified in her behavior because of what she perceives to be a lack of something in the man. Though this is unfair and it is commonly misguided blame, in an unrealistic sort of way, it is still reality, at least her reality. And, real leaders are willing to appear wrong in order to better lead toward the right.

Because of this little phenomenon, a wise man should go with his wife’s perception until he has isolated her negativity. This is for the purpose of allowing her to see that she has nobody to blame but herself for sabotaging the relationship.

It should be noted, however, that this will hardly ever occur by telling her of her wrong-doing. It usually only happens after a man sacrificially serves his wife over a long period of time. Any other approach leads to countless arguments and fights as to who is at fault in the relationship.

I often tell men that they can spend their days trying to verbally convince their wife otherwise, but that will be to no avail. I have even went as far as to ask some men to write me in about 10 years after trying it their way to let me know that their method has proved ineffectual.

Why Women are Bitter Toward a Good Husband

Some women are bitter even while married to a good man for the following reasons:

1. His behavior in the early parts of the marriage

If this is the case in your marriage, then I would highly recommend you read our excerpt from chapter five of our marriage book called How to Rebuild Trust in a Marriage.

2. Past wounds that she incurred from other men or her childhood

As stated in my anger book, some people are punishing others in the present for wounds they received in the past.

3. She perceives that this is the only way to keep him motivated to be a good husband

I have a section in our marriage book called wife training. It actually teaches that some men have trained their wives that the only way to get them motivated to do right is to use anger and frustration.

Also, some women have adopted a mentality from childhood that men are, across the board, selfish jerks. And, in their mind, a man is a necessary evil for possibly procreation, physical intimacy, or financial support. Consequently, they tend to feel the only way to deal with a man is keep him under an emotional thumb through negativity.

4. Unrealistic expectations of what a good man is

5. The wife may subconsciously want out of the marriage.

A wife in a state as such may find fault with whatever the man does even when he walks almost a perfect line. I often say that a woman in such a state would complain that her husband’s feet are wet even while her man is walking on water.

Hebrews 12:15 deals with the issue of bitterness. It says, “Looking diligently lest any man fail of the grace of God; lest any root of bitterness springing up trouble you, and thereby many be defiled;”

The scriptures are teaching us that a root of bitterness in someone’s heart can be a very troubling matter. It not only troubles the person possessing a spirit of bitterness but also those surrounding that person. In fact, there is an expression about bitterness that goes like this:

“Bitterness is drinking he poison then waiting for the other person to die.”

How many of us have stories of a bitter dad, mother, grandparent, pastor, or leader that caused great heartache because of their harsh or critical spirit? All the stories we could compile would only serve to validate what Hebrews 12:15 is teaching.

We have all heard the expression, “Hell hath no fury like a woman scorned.” In fact, the other day I saw a hot sauce at a local restaurant called Scorned Woman. I even overheard someone talking about that sauce saying, “I bet that’s hot!”

In my experience of working with men and women alike, I have found that men seem to be able to shake off an unforgiving spirit easier than women. And, I would have to say that a woman bound up in a spirit of bitterness is often hard to unbind. But, I praise God that with Him nothing is impossible.

I raise three boys and four girls. I would have to say that my boys possess a greater propensity to shake off hurt feelings than my four girls. In fact, it is not uncommon to see them carry their hurt feelings with them for a few days while the boys are over it in just a few hours.

What a Man Should Do Different

Men seem to error in that when it is the woman that is causing her own misery, they seem to become resentful and hopeless in their spirit. Once this occurs, the wife either feels more justified in her behavior or a stalemate starts in the marriage.

Generally speaking, men are a little more goal-oriented when it comes to a relationship. Consequently, men have a hard time serving when they feel they will receive nothing but criticism in return. However, one thing is for sure, if a man allows the relationship to move toward a stalemate, then all hope of progress being made will be gone. This is why we greatly encourage men and women in a difficult marriage to work on the marriage because it is right, not because they are working toward a certain result. In fact, this is why we have dedicated chapter 6 in our marriage book to this particular subject.

In some situations, a man will have to mix his service with strength. If not, his wife will resent him all the more even while he patiently serves the marriage to death.

I say this because a woman wants a cross between William Wallace and her best girlfriend. And, believe it or not, there is a time when all the service in the world will only further infuriate some women, especially those in a bitter state. It’s as if they are so used to being negative that they have almost become addicted to those feelings of negativity.

Women in such a place typically need the man to show strength in the following ways:

1. He needs to recover his view of himself despite her treatment of him

A man should never base his self-worth on the approval of his wife. (We make allusions to this in chapter one of our marriage book.) If he is, then he is actually asking permission from his wife to feel like a man, and that is not leadership. That is weakness that will foster a lack of respect from his mate.

2. He may need to stand up for himself during her tirades

If a woman is constantly losing her cool for little or no reason, the man may have to stand up for himself during those times. He may need to do this by saying, “If you continue to talk that way, I am going to leave the conversation.” or “I am not going to have a conversation with someone that is name-calling and belittling.”

Of course, I would always encourage a man in such a state to stay calm, but he certainly has a right to exercise his own rights.

If You Turned the Tables

Though this is the longest post of my life, I have one more thing to say. In these situations where the woman is almost the aggressor with her words and her angry spirit, I have picked up on something: if you reversed the behavior of the man and the woman in such a state, the woman would probably be blaming the man for being abusive.

12 comments on “Is it Always the Man’s Fault in a Marriage?”