Here is an excerpt from our marriage book, How to Fight for Your Marriage without Fighting with One Another, that gives wives some instruction as well as encouragement on how to better fight for their marriage in a way that is not only Biblical, but far more effective.

A Woman Can Become Her Own Martyr

A woman sometimes contributes to her own martyrdom by retreating behind a battle line of emotion and then tragically falling on her own sword of negativity. Oddly enough, she can often then be heard crying foul when her husband fails to come to her rescue. 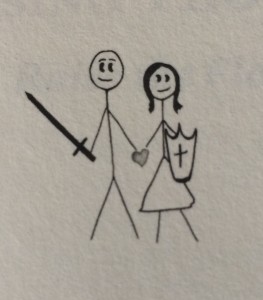 Women become their own martyr by simply responding negatively toward their husband’s faults and failures. With some, their resentment is painstakingly overt, while with others it is more subtle in nature. There are even those whose negativity is shrouded with a cloak of religion in that they quote the sweet scriptures, yet with a spirit of bitterness.

Nonetheless, if a woman continues to respond to her husband with a contentious spirit, she will eventually find herself injured by the very sword that she holds as a means of defense.

Hurting Him Hurts Yourself

The woman that ridicules her husband by making sarcastic remarks and subtle inferences to his lack of leadership and abilities is not only hurting her husband, but also herself. She is not only ensuring that he will have a tough time rising above her low view of him, but she will also end up despising him for not being half the man that she has discouraged him to be.

Deep within, she will struggle with feelings of contempt, since she longs for a man to look up to, but not a man that will look down on her. The problem is that by displaying her inner frustrations toward him, she has become her own archenemy. With her cross looks and her deep sighs, she helps to dig a pit for him that will eventually cause her to become more and more disgusted at his lack of ability to crawl out of it.

Additionally, the wife whose actions and words are minced with negativity may find her husband too weak or tired to push through the emotional battle lines she has erected.

I will be the first to agree that men should be strong and valiant enough to deal with this battle scene. There is no doubt that men should be willing to push through those battle lines of emotion with unwavering determination as they wave their own swords of unconditional love and kindness. But, if I may, a woman has an ability to build a mighty strong line of defense that seems almost impenetrable at times. And, instead of crying foul that the man has not the strength nor the determination, a woman will do well to lay down her swords of negativity that have proved to be counterproductive for 6,000 years of world history. 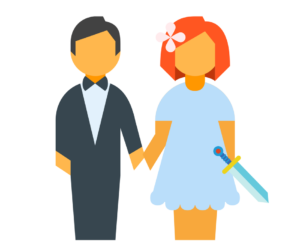 For Individual or Group Study

Our marriage book, How to Fight For Your Marriage Without Fighting With One Another, is designed for individual as well as group study. Check out our online resource center for ordering options. Also, available in Kindle for an immediate download.

6 comments on “Martyrdom in Marriage”