The Apology You Never Got

As a pastor and a Christian life coach, I have spent many hours teaching people on the importance of forgiveness in marriage and relationships. Without it, no marriage or pre marriage relationship can survive as we are all very flawed individuals in need of mercy from God and those around us.

I heard a little saying the other day. It went like this:

“Life gets a little easier when you accept the apology you never got.”

Though this is true for every area of life, it is especially true for marriage. 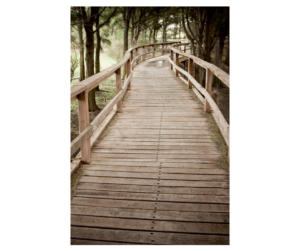 In its original intent, marriage was designed to be the most fulfilling relationship that we have with any other human being. The only problem is that Adam and Eve were the only two people that could enjoy that relationship without any disunity whatsoever. For the rest of us, the case is not so as we are all very flawed individuals that have a propensity to be selfish in nature. This is why it is a must for every spouse to understand the importance of forgiveness in marriage.

Does this mean that marriage is just a rigorous endeavor with lots of work and little reward? Of course, in most cases, the answer is no. However, it does mean that to fill in the gaps that our imperfections leave, husbands and wives will have to exercise a vast amount of grace toward one another.

I like to say that forgiveness is the bridge between our imperfect hearts as husbands and wives. Nonetheless, many seem to err in that they seem to be waiting for a deep repentance from their spouse before they possess, at the very minimum, an attitude of forgiveness. The problem here is twofold:

God Does Not Operate in this Way Toward Us

God often acts in a gracious manner even before we ask for forgiveness. For example, when Jesus was on the cross, He said, “Father, forgive them; for they know not what they do.” (Luke 23:34).

People are Often Not Aware of the Mistakes They are Making

In order for any relationship to survive, both parties will have to overlook negative behaviors that often go unnoticed by the person committing them. This is why I Peter 4:8 tells us that true love covers a “multitude of sins”.

Of course, this little verse does not mean that we should never show tough love. But, it does mean that we if a relationship is going to stay in tact, there is always a certain amount of forgiveness that must be shown even when the other person is not aware they have done any harm.

The importance of forgiveness in marriage can never be overstated as we are all individuals that fall short of perfection. In fact, I often say that God is trying to get everyone of us to be just as forgiving toward our spouses and the people around us as He is toward us.

3 comments on “The Apology You Never Got”