Do You Want To Be Right Or Have A Great Marriage?

Husbands and wives can be absolutely right, yet incredibly wrong in how they convey that rightness. Take a look at this excerpt from chapter 4 of our marriage book, How to Fight for Your Marriage Without Fighting with One Another.

Women sometimes find themselves in what I call an emotional mud pit. There are times when their men have pushed them there, and there are times when, well, nobody is really sure how they landed in such a place. A man’s response in such a case will prove to be vital to his success or failure as a husband.

Many men are bad about using the come along or the winch of reason, logic, and scriptural principles to pull their wives out of such a pit. I have found that this only exacerbates an already difficult situation. Instead of accomplishing his intended purpose, it only helps to further complicate the matter at hand. In fact, women usually end up in a deeper emotional mud pit when men try to reason them out of such a situation. Men will be wise to find a better way.

Proverbs 15:2 is an extremely applicable verse to quote regarding this issue. It says:

“The tongue of the wise useth knowledge aright: but the mouth of fools poureth out foolishness.”

I have always felt this to be an extraordinary verse because it differentiates between being right and acting in a wise manner. It shows us that a man can be factual, yet foolish in how he uses that which he knows.

Don’t Let Your Marriage Die on a Battlefield of Rightness

Many a couple dies on a battlefield of rightness. Holding on to their hard facts and their high ideals, they will often march right over a cliff to the ruin of their marriage and their home. To move forward couples will have to decide whether or not they want to be right or have a great marriage.  Do they want to prove their point or their ability to love each other in a Biblical manner?  For a husband that has to be right all the time, this is a very important question to ask.

Men are sometimes factual in what they are saying to their wives, but not necessarily wise in their timing. When their wife is in a difficult emotional state, the better approach is to use the come along of unconditional love, patience, and kindness to pull their wives out of that pit. At a later time, if he still feels the need, he can relate to her his talking points in a functional conversation. For now, he will do better to keep quiet and serve. 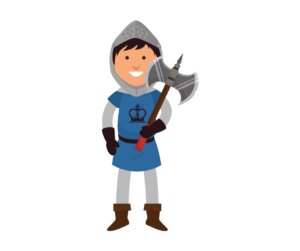 This all brings me to a very good point. Most couples argue about things that will matter very little to them in five minutes. This is one of the major reasons as to why couples should learn to table a conversation until a later time. It is because 95 percent of what couples argue about will be of little concern when they are outside of the emotions of that situation.

Once couples are emotionally involved in a discussion, there is little good that usually comes of it. This is because once offended they tend to put on what I call the sunshades of negativity. The problem hereafter is that no matter how bright their statements are with logic and good intentions, the other person filters those statements through the dark lenses of anger and hurt. Once this occurs, disaster is looming.

Check Out Our Marriage Book

One comment on “Do You Want To Be Right Or Have A Great Marriage?”