How To Stop Those Merry-Go-Round Conversations

Many couples call me because they are on a conversational merry-go-round and they do not know how to jump off.

Frankly, we have found in many cases there is one primary way to exit these tiresome discussions that seem to go no where, and it almost always involves the following: stop arguing with your spouse’s perception.

I have found that arguing with how your spouse perceives something is often futile, especially after one or two attempts. Of course, it is perfectly fine to disagree with someone or to clarify something once or twice. However, the problem usually lies in that third, fourth, or even fifth attempt about 15-20 minutes into the conversation.

You Do Not Own It

Your spouse’s perception is their perception. You do not own it. It is their right. In fact, most couples will do well trying to change that perception with their actions rather than their words.

Of course, I am extremely aware that some of my readers feel as if they are paying off the emotional debts that others may have accrued. In other words, there are cases where your very normal behavior is filtered through the faults of a former spouse, a bad childhood, et cetera. However, even in these cases, one would have to ask themselves: has it ever helped for me to argue for hours on end about how my spouse perceives my actions? 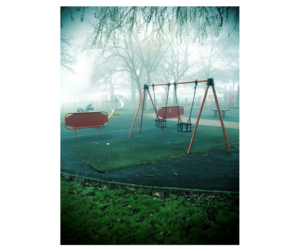 For just a couple of weeks, try to stop changing your spouse’s perception with your words. Grant them the right to have their opinion though you feel it to be slanted. You may find that focusing on your behavior rather than how they perceive your behavior will accomplish far more than those endless arguments that leave you feeling emotionally wasted.

For more help in promoting safety in your marriage, order our marriage book, How To Fight For Your Marriage Without Fighting With One Another.