During our marriage conferences, I have a section where women almost violently start shaking their heads up and down in agreement with our content. I call the segment Speaking Womanese. 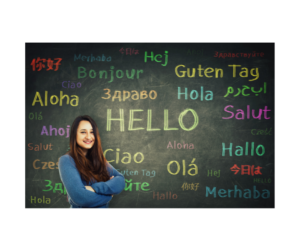 I have found by their own admission that most women would rather feel emotionally safe than anything else in the relationship. In fact, I often say that for many, if not most women, a lack of emotional safety is more frustrating than a lack of physical intimacy for the man. I use the term “more frustrating” because it is almost a no-brainer that most men appreciate a heightened amount of intimacy in the relationship. However, many women feel like they have been almost shouting from the rooftops for years about their need for emotional safety yet to no avail.

What I Mean By Emotional Safety

Everyone needs a place where they can say how they feel in a safe setting without the other person getting defensive, irritated, or critical. Though this is a need for both sexes, I have found that women especially are craving such a place in their marriage.

To cut to the case, if my wife is not able to come to me and say something like, “For some reason, I feel hesitant about this decision.” or “I don’t feel like you have been spending much time with the boys lately.” without me getting defensive or belittling her for making such a remark, she will either shut down or start storing up her emotions to be released at an ever so inconvenient time.

It is impossible to share what you do not really own. Furthermore, I have found that if I truly want my wife to feel safe enough to share her heart with me, then I must allow her to have feelings of her own even if they contradict how I am feeling or how I perceive what is around me. If I am always managing her feelings with logic or a defensive spirit, then I am really trying to take charge of her emotions, and, at the end of the day, every woman will resist this form of emotional tyranny.

Some women hyper connect their emotions with their words, and, when they do share their feelings, the man hears something different than what the woman is trying to convey. She is simply trying to share how she feels in a safe setting. The man, on the other hand, hears that it is the end of the world or that there is no hope beyond how she currently feels.

Cheer up men. I have felt the same way on many occasions, and I have found that though inside you feel like a failure, there is a brighter day. I have actually found that if I will just listen intently, validate her opinion, and allow here to have emotional ownership without me picking up the whip of logic, guilt, or clarification, she will often convey a different emotion at a later time as long as two things occur:

1. I display a willingness to listen without getting defensive and making it about myself in her eyes.

2. I show viable change in my actions if that is indeed the need.

For more about this subject, be sure to check out our article called Our #1 Communication Tip for Couples.

2 comments on “How to Speak Womanese”