How to Get My Husband to be a Spiritual Leader

The title alone to this post is slightly self-contradicting. In a facetious way, we could title the post, “How to lead my husband into being a better leader.” However, we will not go that route. I will stick with the title, “How to get my husband to be a spiritual leader. “ 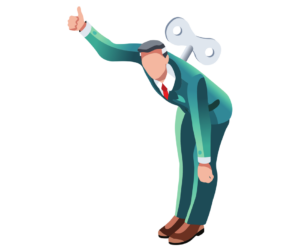 First off, if you mean by spiritual leader that you want your husband to be like your pastor or the verbal, talkative guy that sits behind you in church, then we need to redefine leadership.

Leadership does not have to be loud, boisterous, or overly dynamic. Leadership can actually be quiet and rather subdued.

I believe that many a man is leading his family by getting up every morning and going to work, spending time with the children, and taking his family to a biblical church. Though he may not be the talkative type that is quoting a verse every hour on the hour, he may possess one of the most important qualities that a leader can have, faithfulness.

Let the record stand that the more talkative boisterous types often struggle in the area of faithfulness. This is actually why a good number of ceo’s, directors, and pastors lack a certain amount of flamboyancy. It is because 90% of success for them has been the ability to show up every day and perform their duties.

Proverbs 28:20 tells us that a “faithful man shall abound with blessings:”. Though your husband may not have the potential to be a motivational speaker, his faithfulness may pave the way for many a blessing in your life. If the truth be told, his faithful spirit has probably already been the cause of a number of blessings.

You Can’t Have Your Cake and Eat it Too

I seem to come across a number of women that seem to talk out of both sides of their mouth. That is, they say they want their husband to lead, but it has to be in their way. It can’t be too dangerous or aggressive, but just right to her liking.

The only problem is that when this occurs, the man is not a leader as much as he is a puppet on her strings of approval. The wise woman will let the man lead in his manly, aggressive style even if it scares her in the process.

As a pastor and business owner, I have found that leadership accomplishes very little if it does not have the room to be a little dangerous. This is because forward progress always requires risk. In fact, it is Psalm 107:23-24 that states:

“They that go down to the sea in ships, that do business in great waters; These see the works of the Lord, and his wonders in the deep.”

Get Out of the Way

Adam’s nature flows in our bloodstream as men. While Eve was reaching for the fruit, Adams’s hands were idle, at least for a time. Though her sin was more along the lines of usurpation, his was passivity.

Honestly, nothing has changed since the garden of Eden. That is, as a pastor, life coach, and a basketball coach, I have learned some of the natural tendencies of men. One such tendency is that if you take over their job, many will sit back and watch you work.

Consequently, it should be noted that if a man says that he will do something, then it is vital to let that particular thing fail instead of always running to his rescue. After a while, if you continue to do his work, he will assume you are happy to assist and you will end up feeling slighted when he fails to display a thankful spirit for all your hard work.

Of course, these are just suggestions and there is not a one size fit’s all approach. But, for some of you, this should be your mode of operation.

One Size Does Not Fit All

There is not a one size fits all answer for every marriage. In fact, though some women need to get out of the way, others may need to appeal to their husband’s hero side. In other words, there are certain situations where a woman will want to start loading the trash so that her husband will see her and say within himself, “No, no, no. She’s doing it all wrong.” And then let him come out and save the day. When this occurs, humbly step to the side and let him go on thinking that he’s the man.

Wield the Sword of Faith

I am a firm believer that a woman will draw more out of her man by wielding biblical weaponry such as thankfulness and faith rather than criticism.

One of best bits of advice I can give women is to learn to wield the sword of faith in what their husbands can become by the grace of God. You can read more about this at our article that teaches about the sword of faith.

Also, our new marriage book, How to Fight for Your Marriage Without Fighting with One Another, deals with this subject in chapter 9.

If a Wife Could Snap Her Fingers

Some women want what they do not want. In other words, I have seen some women want a man that is more aggressive and less passive. The only problem is that these very same women are often wanting something that would clash with their own take charge personality.

It should be said that men that are more aggressive are also more demanding and childish. And, it often requires a woman that is even-keeled to deal with them. So, unless you plan on changing your personality in the process, you may want to find goodness in the man you have instead of the man you want him to become.

To be honest, if many women that are desiring their husbands to be more aggressive could snap their fingers and turn their husband into something else, they would probably end up with far more difficulties than they already feel they have.

The second step of our 2-step process deals with the idea of learning to appreciate the spouse you have. Go to our resource page to learn more about our marriage book, How to Fight For Your Marriage Without Fighting with One Another.