How to Have Healthy Communication in a Marriage

In order to have healthy communication in marriage, you will need to learn how to remove yourself form the emotions of the moment. Here are some steps to learning how to do so.

Why Marriage Counseling Fails for Some

In spite of seeing a number of counselors, some couples still struggle to find their footing. Here are two predominant reasons as to why I feel couples in such a state fail to make forward progress:

1. Either one or both parties are unwilling to give it their all unless they have an absolute guarantee that everything will turn out for the better.

2. Some couples become so caught up in their emotions that they seem to be unable to table a matter until they are in a better emotional state.

One of the keys to healthy communication in marriage is learning how and when to talk about an issue. If couples only talk about matters when emotions are high, they will seldom find good results.

If a conversation is emotionally charged, I highly recommend tabling the issue for a later time. If not, you will find it difficult to stay within the planks of the recommended safety fence and you will fail at having healthy communication in marriage.

How to Table a Matter 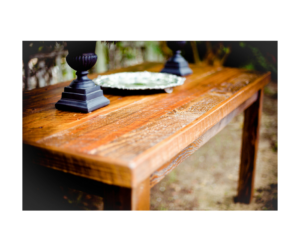 Here are a few steps that should help you to implement the very important practice of tabling a discussion until a later time:

It is vital to learn to sense when your spouse’s spirit is starting to close and a wall of emotion is being erected between the both of you. An inability to discern such a state will cause a multitude of issues in your marriage.

Agree to table the subject at hand until a later time before your playground turns into a battleground. This waiting period should serve to allow time to erode that wall of emotion and give the both of you ample time to serve one another.

During the waiting period, be sure to serve one another so as to open the spirit of the other person. As mentioned in chapter four of our book on marriage, until the spirit of your spouse is open, you will fail to gain access to their intellect. If you reverse this order, you will fail at conveying your thoughts in an effective manner, and you will continue the saga of walking away and accusing the other of being so unreasonable.

If you table an item, be sure to revisit the item as agreed. Do not take for granted that all is settled because there is peace in the house. Live up to your word and deal with the matter all the while staying within a Biblical safety fence.

Leave a caveat to step four in that it is entirely permissible to forgo revisiting certain items as long as the both of you are in agreement. This is due to the fact that many couples fight over matters that they will care little about in just a few short hours. In fact, the implementation of these steps may reveal the case to be so in your marriage also.