Must I Be Hen-pecked To Save My Marriage?

To fix your marriage, you sometimes have to appear to lose before winning. The Bible has a word for this. It is called meekness.

Must I be Henpecked to Fix My Marriage? 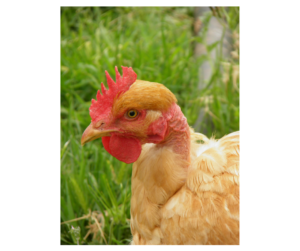 Many have attempted to define meekness. I define it as such:

Meekness is appearing to lose the battle knowing that eventually you will win the war.

Is this not why Christ was silent before Pilate in Matthew 27:11-14? As He stood before His accusers, there was no need to defend Himself. The power of God and the His resurrection from the dead would come to His defense in just a few short days.

Many spouses would do well to take on the attitude of Christ and realize that meekness is not giving up the fight. It is learning to fight in a more effective way. It is appearing to take an immediate loss while laying hold of long term gains through faith and Biblical conduct.

Husbands and wives should understand that love, kindness, and especially patience pave the way for effective communication at a later time. They have a way of building up what I call a bank account of credibility and trust that will allow them to make the appropriate withdrawals at an appointed time in the future.

Some men may feel that unconditional love makes them to appear weak, but that is a type of mirage for they are actually using the strongest weapon known to man.

Solomon said, “Many waters cannot quench love, neither can the floods drown it: if a man would give all the substance of his house for love, it would utterly be contemned.”  (Song of Solomon 8:7). In the verse before this, he also said that “love is strong as death” (Song of Solomon 8:6).

From Solomon’s song, we can gather that unconditional love is the strongest weapon that you can use to fix your marriage. Though you may appear weak in that you may have to lose a few arguments and appear to be in the wrong, your willingness to love will only help to right a relationship previously wronged by selfish behavior.

5 comments on “Must I Be Hen-pecked To Save My Marriage?”