What Does It Mean For The Husband To Be The Head Of The Home?

There is probably not a more in-politically correct teaching in the Bible than that of Ephesians 5:22-25. However, much of the consternation surrounding teachings as such flow from a misunderstanding of God’s view on the husband being the head of the house. Let’s take a look at what it means for the husband to be the head of the house or the family. 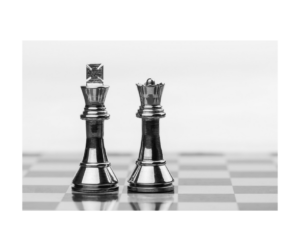 Just in case you have never read Ephesians 5:22-25, here is what Paul stated:

First off, I want to be understood that God needs no defending. In fact, I feel that the church has done a disservice to the scriptures by taking on an almost apologetic stance on issues pertaining to biblical roles of men and women, homosexuality, purity, eternal punishment, and salvation through Christ and Him alone. This is not my manner nor my spirit. I say let God be true and every other skeptic a liar as Paul said in Romans 3:4.

When We Think of Leadership

When many think of leadership, they often think of the man in charge, the head honcho, or the man that calls the shots. Though I believe the head must be free to guide and direct a family or a body, headship is a place of service and protection rather than simply decision making.

I have led a number of organizations, churches, and programs in my life. Honestly, when people relate leadership to simply decision making, I find myself chuckling. This is because the fact that I am a leader does not mean that I sit in a fat chair and call the shots. It means that I am a servant to the needs of the people within a particular body or organization.

Concerning my home, I will freely admit that I am the head of the house. But, for me that mostly means that I am a provider, protector, and a servant. Do I have the freedom to make decisions and require things of my family? Sure. But, I would say that headship to me is 99% service and 1% decision making. Any altering or reversal of this order usually leads to disaster in any home or organization.

Though I am not a slave to organizations that I lead, I should be a willing servant. In other words, when everyone is gone and there is mess that has gone unnoticed, I am the one picking up trash. If a messy bathroom is overlooked at the place we lease as a church, I am typically the one with a bucket or a plunger in my hand after everyone else has left.

As a pastor, I have probably spent more sleepless times in my bed thinking and praying for our church body than anyone else. Concerning my family, my children do not stay up at night worrying about food, clothing, and shelter. That is my job as the protector of the home. It is my responsibility as guard, guide, and head of the home to stay spiritually and mentally awake so they can have rest in their hearts.

Some Leaders are Selfish Leaders

The scriptures teach that leadership is service as well as guidance. Is this sometimes turned around in some churches, organizations, and marriages? Of course, the answer is yes. Ezekiel 34:2 even deals with this:

In Matthew 23:11, Jesus said, “He that is greatest among you shall be your servant.” Therefore, according to Christ, the job of leaders is not merely to make decisions, but to serve.

Once again, I certainly understand that some managers, pastors, and husbands have this idea turned around, but it should be said that God’s intentions are that leaders serve their way to success. Simply put, their service should pave the way for them to pull from the bank account of credibility and trust that their deposits of love can only secure.

Leaders are to make decisions, but it should also be noted that John Maxwell defines leadership in one word, influence. And, I believe I also heard him say that if you are looking over your shoulder and nobody is following, then you are not much of a leader. You may have a position, but you are not necessarily having an influence on those around you.

Leaders should have the freedom to make judgment calls, provide guidance, and make decisions. But, they also ensure that the spirits as well as the bodies of those they lead are with them. Though there are times when people are unwilling to follow even good leaders, generally speaking, good leaders produce good followers and broken leaders produce broken followers.

Husbands will find it easier to lead and make decisions when they incorporate the following into their lives:

1. Earn respect rather than demand it.

2. Open the spirits of others in the home before their minds.

We teach this in chapter four of our marriage book. It is probably our most important teaching. I call this the Proverbs 18:19 principle.

3. Consult the opinion of your wife.

Almost every time I have made a decision that my wife is not all about, it has turned out to be a bad decision. Though there are exceptions to this rule, I still find it to be generally accurate.

4. Stop asserting that you are the head.

The man that has to assert his position as the head of the house has the least control over his houeshold. He is a Barney Fife of sorts in that he has to talk a big game because there is little evidence to back up his talk.

I will admit that I am the head of our home, but I rarely exercise that right without knowing that my family is on board with my decisions. In fact, if I have to “pull rank” of sorts, I find that something is off kilter in our home, and we are not walking in the unity that God would have us to enjoy.

Are there times when my wife and I do not agree? Of course. Are there times when we cannot come to the same conclusion? The answer is yes, and, in those cases, we have an understanding that I make the final call. But, most of the time, I find it best to talk and move in the “we” instead of the “me” as the same Holy Spirit that leads me is leading her.

A Quote from Matthew Henry

Some of you know that I am an avid reader of Matthew Henry. In his comments on Genesis he said, “If man is the head, she is the crown, a crown to her husband, the crown of the visible creation.”

Some men are bad about tarnishing their crown with poor conflict resolution skills, bad decision making, inconsistent behavior, et cetera. A man in this position will do well to understand that when he acts in such a manner he is dulling the shine that was intended to bring him honor.

13 comments on “What Does It Mean For The Husband To Be The Head Of The Home?”