Be Your Way Out Of Your Marriage Problems

Everyone wants to know what to do in order to move forward in their relationships, but few seem to realize that even the best attempts at doing something different still miss the mark.

The ultimate goal in solving marriage issues or refining a pre marriage relationship should never be to do more as much as it should be to be what God would have you to be. 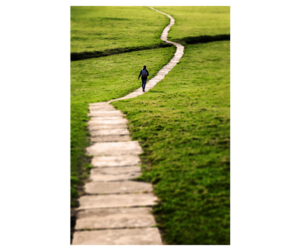 If a person will work more at who they are instead of what they do, they will find long lasting results. This is because it is who you are that determines what you do which in turn greatly affects what you have.

Lest this should sound like a new thought to some, the Bible has always been way ahead of the game. Proverbs 3:6 teaches:

“In all thy ways acknowledge him, and he shall direct thy paths.“

Notice the order. Look at Solomon’s emphasis. Rather than focusing on a result, Solomon put’s the emphasis on godly character building.

I have always found it intriguing that when God lists the qualifications of a pastor, He majors on godly character rather than his talent or abilities. In fact, if one will read I Timothy 3 and Titus 1, they will see that God focuses more on the who rather than the what. His focus is more on who the pastor is rather than what he should do for the church. I believe this is simply because who a man is determines what he does which in turn affects what he has.

What This Means For You

A Work From Above

First off, this all means that you need a work of grace in your life. That is, Ephesians 2:10 tells us that “we are his workmanship, created in Christ Jesus unto good works, which God hath before ordained that we should walk in them.“

I love the order in Ephesians. Paul tells us that when God saves us, He creates, then we work.

“For he hath made him to be sin for us, who knew no sin; that we might be made the righteousness of God.“

Yet another verse that tells us that when God works in our lives He creates something good and holy. From there, it is what He has created that determines our behavior.

If you have never believed on Christ, I whole-heartedly recommend that you cast yourself before the great Forgiver of your sins that will, in turn, create something new. If this is not your starting point, then all changes hereafter are essentially futile, and, they will fail to be long lasting.

Secondly, Colossians 3:10 tells us that the new man that God creates in Christ feasts on the Word. It teaches:

“And have put on the new man, which is renewed in knowledge after the image of him that created him:”

If you truly want to focus on being a better you, then I highly recommend that you feed the new man in Christ with the Word of God. (Psalm 1 and Joshua 1:8)

Thirdly, faith in God is believing Him and leaving all the consequences to Him. In fact, in chapter 6 of our marriage book, we greatly encourage spouses trying to solve their marriage issues to die to the consequences of their obedience to Christ. This is because faith is actually obeying God and then allowing God to write in the blank thereafter.

We are bad rulers of our own lives. However, few seem to realize that when they try to control the consequences of their actions, they are playing God over their lives.

I have found that God is a better controller of my consequences than myself. I also had to realize that when I try to manipulate the consequences in my life by being calculating and playing chess with others around me, I am simply trying to be what I was never created to be . . . God.