Surviving an Affair – What You Need to Know

Spouses that are working at surviving an affair are often in a tail spin during the first few weeks and months. It is important for husbands and wives trying to survive the devastating effects of an affair to know the following:

Do Not Make Any Major Decisions at First

Upon finding out about an affair, spouses are typically in what I call an emotionally traumatized state. It is during this phase that couples should refrain from making any major decisions. In other words, I highly recommend that spouses hit what I call the “pause button”. These decisions include the following:

I have known of couples to be so mad and upset that they go out and buy vehicles within minutes or engage in large shopping sprees. Typically, these actions end with feelings of regret and large credit card bills.

Though your feelings will tell you that the only way out the mess is to rid yourself of the marriage, you will find that you will probably have a different view of your marriage in a few weeks. Therefore, to file for divorce based upon the raw emotions that you experience at the onset is typically a mistake. 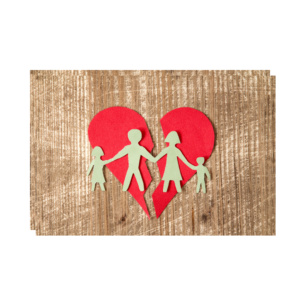 In Isaiah 30:7, the Lord told the Israelites that “their strength” was to “sit still”. In regards to marriage, there are times in our lives when we will garner more strength by sitting still and waiting for the initial emotions of a situation to die down, thus leaving room for God to work on our behalf.

Though it is your right to separate, it should be understood that couples often find that within a few weeks or months, they have a desire to work at the marriage. It is my experience that trying to resolve marriage issues while separated is often a more difficult task. Though sometimes necessary, separation is not always beneficial.

Two wrongs do not make a right, and the scriptures show us that we are just as responsible for how we react to dysfunction as the one that originally displayed dysfunctional behavior.

Also, if you want to stay in a place of blessing from the Lord, I highly recommend walking in His ways as you will need God’s blessings in order to move forward and to heal.

Not only that, but it is as equally selfish to use another person for your own needs as it is for a person to commit adultery in the first place.

Do Not Be a Lone Ranger

Ecclesiastes 4:9-10 tells us that “two are better than one; because they have a good reward for their labour. For if they fall, the one will lift up his fellow: but woe to him that is alone when he falleth; for he hath not another to help him up.”.

Either seek the advice and support of a pastor, life or relationship coach, marriage counseling materials, state licensed therapist, or a marriage counselor, but, by all means, do not go at this alone.

Understand that Your Feelings are Not Reality

For those working at surviving an affair, there are often feelings of inadequacy, guilt, low self worth, vengeance, or hopelessness. It must be understood that though feelings are real, they do not always represent reality. And, I often find that it is more than important to recognize that a person’s raw emotions are typically not parallel with the blessings God has in store for them.

Understand that You Will Make It

God is greater than your spouse’s dysfunction, and He holds your future rather than your spouse. This is key as many surviving an affair feel as if they are in an emotional prison cell and their spouse holds the key. Nothing can be further from the truth as the Lord is the one that holds our happiness.

This is Not about You

Your spouse’s decision to commit adultery was not about you. Not matter how much it feels that this is the case, the scriptures tell us in James 1:14 that “every man is tempted, when he is drawn away of his own lust, and enticed.”. Notice the where the responsibility lies according to James. A person gives into temptation because of their own lust, and it is not the fault of anyone else.

Of course, this does not mean that couples should not work at replacing bad ingredients in their relationship with good ingredients, but it does mean that a spouse’s decision to commit adultery really had nothing to do with their mate’s looks, waistline, finances, or sexual performance. Ultimately, a little fire was kindled within their heart and they fed that fire with thoughts, and, consequently, actions.

One comment on “Surviving an Affair – What You Need to Know”