Some of Y’all are Killing Me

I admit. I am a command man.

There are very few things that I am a part of where I am not in charge or, very soon, asked to help in a big way.

If there are 30 people in a room, I have noticed that I have a way of helping to determine the topic of conversation or the mood of the room. If there is a problem around me, I am typically part of the number that are actively looking for a solution. If I see injustices, I’m one of the first to speak up.

That said, some of y’all out there are killing me that are cut out of the same mold. 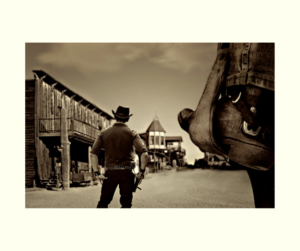 You too are command men. You are gritty, hard working, and you like to be the man in any situation, especially marriage.

The problem I see, however, is that many of you seem to want to be the man in the marriage, but you are unwilling to follow Christ’s order of endearing respect from His bride, the church.

Philippians 2 tells us plainly that Christ’s role as a servant led to His eternal exaltation by the Father. In this chapter, Paul stated:

“But [Christ] made himself of no reputation, and took upon him the form of a servant, and was made in the likeness of men: And being found in fashion as a man, he humbled himself, and became obedient unto death, even the death of the cross. Wherefore God also hath highly exalted him, and given him a name which is above every name:”

In John 13 we see this in action as we find Christ literally bowing down before the disciples and washing the dirt and grime out of the disciples toes and feet.

To be frank, I keep finding many a man that wants to feel like the man, but he’s not willing to serve his wife unconditionally.

To me, service means back massages, arranging my schedule so that my wife can find a break from our three boys under 6. From my vantage point, service means, making breakfast, staying in tune to the needs of the home, and helping my wife when she is starting to become overloaded.

Some may see this as a good counseling tip, I call it manhood!

10 comments on “Some of Y’all are Killing Me”