What a great time we had in Le Mars, Iowa at our How to Fight for Your Family – Marriage & Parenting Conference in September. It was definitely an adventurous weekend that involved flight cancellations and a massive hurricane called Irma as well as a great marriage conference.

We had 62 couples from 13 different states sign up for the conference. Though it was a little different dealing with parenting as well as marriage in the same conference, many seemed to be greatly blessed by the content. 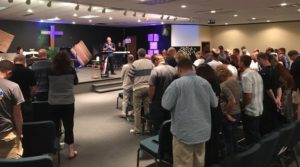 Upon boarding my flight to Omaha, NE, I received a text from American Airlines stating that my flight home was cancelled. Thankfully, I was able to divert the flight to Atlanta, GA.

On Sunday, September 10th, I arrived in Atlanta and spent the night. I decided to try and skirt the storm by travelling through Savannah, GA, but that was to no avail because of the size of the storm.  She was a big mamma. 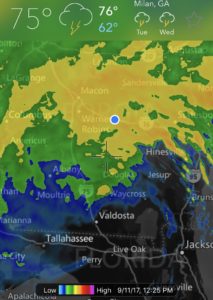 That’s me in my rental car 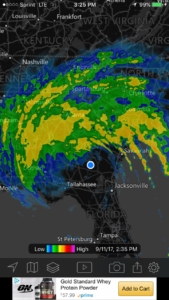 I only found one gas station open on the way back as most were either closed or out of gas. Upon leaving that station, I saw a sign that said Hwy. 441. I thought to myself, “I know that road. That goes through southern Georgia and straight to Ocala, Fl.”

I decided to take Hwy 441 as I saw on my radar screen that it would allow me to get out of the storm a little quicker. The only problem was that there were many trees down on the road and few stores open on my way back. In fact, it took me about 10 hours to get back to Ocala, and I arrived at the Avis car rental with 0 miles left on the DTE or distance to empty gauge.  That’s right, that was a big fat zero.

All in all, it was a great trip. We are very thankful for the awesome folks at Rock Solid Assembly in Le Mars for hosting the event. We hope to be back in Iowa fairly soon and maybe we can revisit the ice cream capital of the world once again. 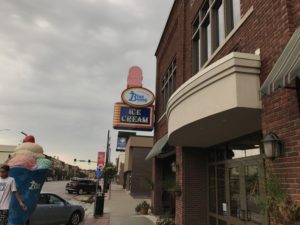 Had some great ice cream here with Pastor Dan Krause. 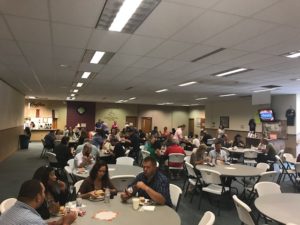 Lunchtime at the conference 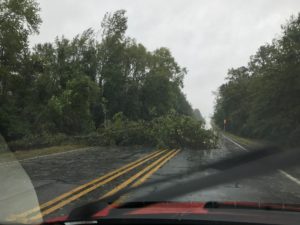 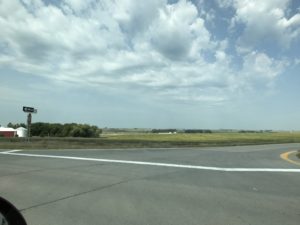