Marriage, the Front-Line of Evangelism

A few years back, I literally thought that I may be forsaking my call as a preacher of the gospel to give so much time toward the subject of marriage. However, as the years have unfolded, I have found that our team is on the front-line of evangelism. Let me explain.

Marriage is the Axle

First off, I call marriage the axle to which every spoke in our society is connected. As it turns, so does the rest of the wheel. In fact, I am finding that as husbands and wives grow in unity, their ability to affect their children as well as their community for the gospel is far greater. (Malachi 2:13-15)

One of the first things that I notice as an aftermath in a difficult marriage is the effect upon the children. That is, I notice the following characteristics when parents are either not getting along or in the process of separation or divorce:

Parents often grow loose in their parenting because they feel a diminished sense of authority and confidence.

Children often become hard-hearted because their parents allow them to over-indulge in pleasure because of their sense of sadness or guilt over the situation.

Children often become hard-hearted out of a sense of hurt and anger as they were not created to have parents that are separated or divorced. 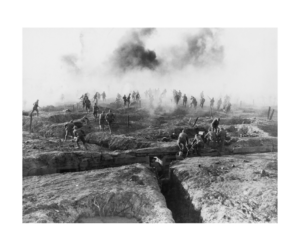 It is unbelievably difficult to have unity with discontent people for long periods of time. At some point, they will find a way to blame their discontentment upon those around them in the cleverest of ways that cause even the best of individuals to doubt their innocence. I know. I have pastored many in such a state, and no matter what others do, they find a way to draw others into their dysfunction by accusing or inferring their inability to meet their needs.

This is why one of my primary goals in counseling or coaching is to see the life of God flowing in and through an individual through faith in Christ. Once this occurs, I find that my coaching is able to truly take effect, and spouses find it much easier to please one another if Christ is already filling their hearts.

Honestly, the reason why many spouses cannot hold their tongue and have to lash out is because they have too much at stake. That is, if they do not sense that God has their emotional back, then their anger is their last and final resort. A fulfilled spouse does not have to resort to such tactics. They can take a few losses knowing that God is their ultimate emotional gain!