Unforgiveness is chaining yourself to a problem that you never wanted in the first place.

The Problem with Unforgiveness

Though it is sometimes difficult to control whether or not someone hurts you the first time, if you continue to hold on to painful feelings from the past, you are still allowing them to overpower you. 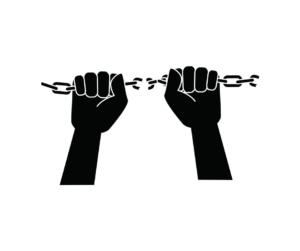 This is because unforgiveness is really chaining yourself to a problem by holding on to hurt feelings from the past. And, when this occurs in marriage, a spouse is still allowing themselves to be controlled by feelings of anger, negativity, hostility, and resentment. In a sense, they are allowing a type of double jeopardy in that, through their unforgiveness, they are allowing the original problem to keep them in an emotionally imprisoned state.

Though the subject of forgiveness is a deep topic, I just wanted to take a little time to share with you the above mentioned thought. This is because though some of us feel that we are gaining some sort of power back when we have vengeful thoughts or angry attitudes towards those that have hurt us, the opposite is actually true. In reality, when we hold on to past hurts in a marriage or pre marriage relationship, we are still succumbing to the control that we never wanted from the beginning.

I pray for all of those that are struggling with holding on to past hurts in a marriage. My prayer is that the grace of God overflowing in their lives will help them to administer the grace required for they themselves to experience a spirit of freedom.