Most couples fight for their marriage in a way that hurts their relationship instead of helping it. I admit, their motives are usually honorable, but it is their methods that are less than effective.

Moses had a great motive when he came to the aid of the Hebrew slave in Exodus 2:11-12. Very few fault him for that, howbeit, it was his use of brute force that seemed to thrust him into trouble.

Likewise, most couples have great intentions when they fight for their marriage, but they often fight for what is right in a way that wrongs the relationship and one another.

Why Attack One Another

Imagine that you and your spouse are in a fort and have been given a charge to defend it. Also, bear with me a while and conjure up pictures of the enemy firing upon that fort with rifles, cannons, and whatever helps this illustration. Would it not be rather ludicrous for the both of you to scurry to your feet, pick up your rifles, and commense to shooting at one another?

Unfortunately, the crude illustration that I just mentioned is what happens in many households today. As many couples come under fire, they end up attacking one another rather than the real issues that they are facing.

I have found it vital to tell couples that I have the same motives that they have had all along. I just have a different and more Biblical way to solve conflict in a marriage. Instead of wielding swords that do more harm than good, I encourage them to pick up weapons that are not only condoned by the scriptures, but beneficial in solving their marital conflict.

Before moving on, I would like to take the time to quote a scripture out of Galatians 5:15. Paul says:

“But if ye bite and devour one another, take heed that ye be not consumed one of another.”

Paul simply states that when we use anger toward one another that we should use caution. He essentially warns us that we will end up destroying each other and, subsequently, those that we need the most in life.

Hurting One Another in a Marriage

When it comes to marriage, we should beware in that when we hurt each other we are tearing down the one person that, outside of the Lord, we need the most. Furthermore, the scriptures tell us that when two people are married, they become one flesh (Matthew 19:5). Wherefore, there is a sense where when we attack our spouse, we are really attacking ourselves. When we push them off of a cliff of despair and anguish, we will be soon to find ourselves in a free fall. 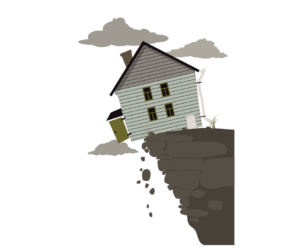 Truly, there is a Biblical way to solve conflict in a marriage. For more help, check out our Audio Series on marriage as well as our new book called How to Fight for Your Marriage without Fighting with One Another.