My wife and I are not so much great lovers, but good fighters. However, our fight is not with one another as much as it is against the evils of society and our world.

If a couple’s only goals involve securing a good retirement, purchasing things, mere survival, or having a good time together, then I truly feel sorry for them as their ultimate purpose in life is not being fulfilled. Furthermore, I believe they will lack an uncommon unity that only results from having a common spiritual goal.

Something Worth Dying For

It has been said that a person has nothing to live for unless they have something worth dying for. The same is true for couples. My wife and I did not marry to just have good times together. We married to fight a great battle for the Lord’s glory. 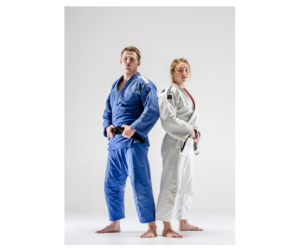 As far as fighting is concerned, I would be a liar if I told you that we always see eye to eye. To be frank, there are times in the trenches of life when things get pretty intense. However, we do not have a whole lot of time to sit around and discuss how hurt we are, how sad we feel, or how disappointed we are that they other person failed to meet our expectations. We are too busy fighting bigger battles to be overly consumed with trivial matters as such.

Of course, do not get me wrong. We communicate, talk, and share our feelings. But, we find that because we are fighting battles together for a nobler cause, the issues that many fight over for days have a way of growing strangely dim in the light of His purpose in our lives.

I had a pastor friend that once told me that he was hired to bring unity to his church. When they unanimously voted him out, he told me that he felt he accomplished what they originally asked.

Even after 911, democrats and republicans could be seen on the steps of the capitol holding hands and singing together in unity. How did this occur one might ask, especially in our current political climate? They found uncommon unity because they had a common enemy.

The tragedy of marital dysfunction is that many couples are fighting the wrong enemy. Instead of waging war together against the evil one, they end up fighting one another.

We must remember that we “wrestle not against flesh and blood, but against principalities, against powers, against the rulers of the darkness of this world, against spiritual wickedness in high places.” (Ephesians 6:12)

My wife and I passionately parent seven incredible children. We are on the front lines of marriage restoration every day through our online resources, marriage book, How to Fight for Your Marriage Without Fighting With One Another, and relationship coaching services. We are making a dent in the spiritual apathy of our present community through the ministry of Crossroads. We run two businesses as a family, and we also organize a basketball program with boys and girls teams ranging from the elementary level to the varsity level.

Honestly, we don’t have time to fight. Furthermore, we also realize that we must be a unified couple in order to successfully live for a higher cause and be a blessing to others.

I say this in love, but I truly feel that many couples are just big babies that are trying to enjoy an institution that was created for adults.

We were made to create, conquer, and to fight together with our spouse for God’s glory. If you married one another just to have fun, then you married for the wrong reason.

I married my wife to have a mutual fighter in a nobler cause. And, I truly believe that it is this higher cause that causes our trivial trivialities to be pushed aside.