Should I Stay Married for the Kid’s Sake?

Many wonder if they should stay in a marriage for the children’s sake. My standard answer for those having what some might call normal marital disagreements is yes. Here’s why:

Divorce desensitizes children to the very thought of it.

When dad and mom divorce, the children are desensitized to the very thought of divorce. Consequently, it makes divorce that much easier for the next generation to do the same. 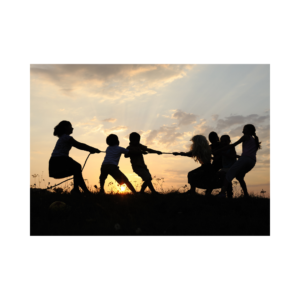 Honestly, the very thought of divorce should be a shock to everyone’s system, but, sad to say, the opposite is true.

When parents divorce, children almost always experience feelings of anger, frustration, and even guilt. In fact, I have had many people tell me that it was not until their parents divorced that they became rebellious children. In most cases, these children are not so much rebelling as much as trying to communicate their frustration to their parents.

The stats concerning fatherless homes are overwhelmingly negative. You really do not have to do much research to see that this is the case. Though a single mom is not in a hopeless situation, both parents will be wise to do everything possible to fight for her marriage while there is hope.

Marriage is God’s medium to help produce a godly seed.

In regards to marriage, Malachi 2:15 says:

“And did not he make one? Yet had he the residue of the spirit. And wherefore one? That he might seek a godly seed.”

Clearly, the Lord is teaching that one of the primary purposes of marriage is to produce godly children. Once again, though being a single parent does not make it impossible for children to serve the Lord, it is a more difficult road to travel as many well know.

5 comments on “Should I Stay Married for the Kid’s Sake?”