I am a firm believer that toys are marketed more for parents and grandparents than little children. I say this because the average toy goes against the grain of what makes children have what I would call real fun. 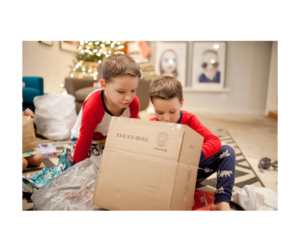 Before asserting oneself as an expert on a subject, it is usually customary to establish a little authority. For me, my authority lies in the fact that I have seven children, and, from the word go, fun has been the name of the game.

Actually, I am not an expert, but I am a father of seven that has learned a few lessons over the years. So I hope these musings help a few parents to have a little more understanding and a little extra money in their pockets come January the 1st or the end of the month.

The problem with the modern toy is that it robs a child of the opportunity to use their imaginations. In an ironic sort of way, the toys of today are a little too good in that they do everything that a child should be doing without batteries, pixels, bright lights, and psychedelic sounds .

The Best Times Ever

The best times ever growing up involved imagination. When our minds were allowed to fill in the gaps where technology was absent, we had a blast.

Growing up in England with only three television stations, no VCR, and no computer, we roamed our farm making forts in the hay lofts and territories in the fields. It was not unusual for four boys to make a day out of drilling holes in rocks and having throwing contests. Or, our favorite was making sleds out of feed bags and ensuring that our future chiropractors would have a little business when we reached manhood.

Whether we were chasing sheep (don’t tell my dad) or making paths in large grassy areas called wheat fields (I’m glad I didn’t get caught for that one), we had fun because we used our noggins.

This Christmas or the next time your children’s birthdays come around be a little brave. Buy your children ten very large empty boxes and watch them do something that the toy companies are unable to compete against. Watch them use their imaginations!