Signs of a Dysfunctional Marriage or Pre Marriage Relationship

Here are a few signs of a dysfunctional marriage or pre marriage relationship that should help you to assess the state of your relationship with your spouse or significant other.

Dysfunctional Behavior is No Longer Shocking 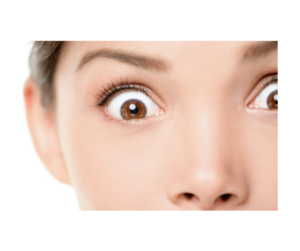 Unfortunately, in many a dysfunctional marriage or pre marriage relationship, change only occurs when the pain of staying the same is greater than the pain of change. In my view, this is always a sign of individuals that are enslaved to their circumstances and their emotions. They are mere reactors instead of overseers of their life. They are letting life happen instead of taking oversight.

Functional Behavior Would be Shocking

Sometimes, I will ask couples to consider what is not being said or done in order for them to better evaluate the level of dysfunction in their marriage. For instance, I will ask a husband or wife to consider what their reaction would be if the other person would speak with a spirit of gentleness, look at the bright side, speak futuristically with an attitude of hope, or discuss a matter without yelling, screaming, or hurling accusations. If the answer is something to the effect of, “My jaw would hit the ground.”, “Someone would have to pick me up off of the floor from passing out.”, or “I would be in a state of shock.”, then the answer if rather obvious: dysfunction has become the norm instead of the exception in the relationship.

The Absence of Win-Win Situations

When an argument takes place in your relationship, is there only a resolution after someone’s feelings are hurt, emotional ground is lost, or incredibly stressful moments are experienced. If so, then this is yet another sign of a dysfunctional marriage as your relationship has what I call win-lose scenarios instead of win-win situations. In other words, when someone only wins at another’s expense in the home, then it is a sure sign of a dysfunctional marriage or relationship.

I have found that God’s methods teach couples how to solve problems in a way where, for the most part, everyone wins. That is, a win is scored for God’s glory, the husband, the wife, and, consequently, the children.

In our book on marriage, How to Fight for Your Marriage Without Fighting with One Another, we teach couples how to use Biblical weaponry in order to formulate these win-win situations. However, rest assured, if couples continue to use anger, mind-games, guilt, the silent treatment, et cetera to win their wars, everyone ends up a loser.