How to Make a Man Want to Pull His Hair Out

Some women learn from an early age that though they may not be able to overpower the men in their lives, they can use emotional manipulation as a wrestling move of sorts to get their way. As a father of seven with four girls, I have seen this first hand.

How This Plays Out In Marriage 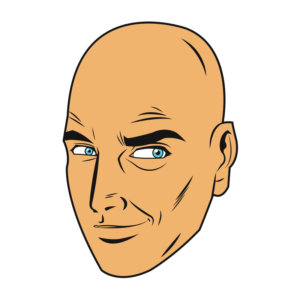 When it comes to marriage, some women have the ability to do and say all the right things from an outward perspective yet be just allusive enough in their spirit to “frustrate the fire” out of a man. At least, this is what some men have told me.

What Men Want That Women Have

Right or wrong, men like approval. Simply put, they want to know that the woman in their life is happy with them. Consequently, I believe a woman knows that this is the one thing she can hold as almost a ransom until her man comes up with the appropriate payment.

The problem, however, is that holding love and approval as a ransom is not only unscriptural, but actually a form of manipulation (I Peter 3:1). Subtle as this may be, it is the cause of an amazing amount of tension in an innumerable amount of marriages.

Women often become experts at holding just enough approval back so as to participate in a form of plausible-deniability. In other words, with their words they will often give a little encouragement here and there and through their actions they will find a way to be congenial on the surface. But, they often find a way of rationing their approval so as to encourage feelings of unsettledness in the relationship.

Though outwardly the wife’s behavior appears innocent, the man senses that something is not quite right. She may hardly ever implicate herself by being the first one to lose her cool, but she has a way of withholding just enough approval and affection so that he will be tempted to be drawn offsides.

Her Lack of Approval

The wife’s lack of approval may come out in her tone of voice, a little sarcasm, or that rolling of the eyes. In her mind, this may all be normal and acceptable behavior. In his, however, it sends out the message that no matter how hard he tries, he is just not going to get it right. Consequently, at some point, he flinches and succumbs to the temptation to lose his cool. Though she is not the ultimate cause of his behavior, she has certainly aided and abetted that evil monster called temptation.

Now, the problem is doubly difficult because, in her mind, she thinks, “I knew I could never trust him.” or “This is why I cannot open myself up to him.”. However, in his mind, he is thinking, “Why try.” or “Is there any hope of me ever really winning this woman’s heart?”

Though a woman in such a case often feels like the man is the problem, it could be that the battle field is prepared for defeat before he even has a chance to win. It is entirely possible that though this man wants to please his wife, she has grown comfortable with the control she feels by holding tightly to this ever so precious commodity called approval.

What Some May Be Thinking

It is as this point, that some may be thinking, “But you don’t know how inconsistent he has been.”, “If you had to live with what I have lived with, you would do the same.”, or “I just can’t put my heart out there for him to break it once again.”

First off, I have heard these retorts a thousand times, and to these I would say the following:

1. If your husband is a dangerous person, then I would fully expect you to be in protection mode.

The scriptures tell us to be wise as serpents yet harmless as doves, and there are times when wisdom will tell you to move yourself into a place of protection.

The day you stop believing that people can change is the day you start to stagnate as a Christian. To prosper in affecting others, one has to maintain faith in God and what God can do in the lives of others. (Jude 1:22)

3. Knowing is half the battle.

In cases as such, identification is just as powerful as implementation. That is, for some reason, many are just not aware of such internal behavior, and it is as if many are waiting for someone to point it out in a loving way.

4. Don’t take his behavior too seriously.

As I mention in my marriage book, How to Fight for Your Marriage Without Fighting With One Another, the amount that you look to someone else for emotional sustenance will determine your propensity for disappointment and disillusionment.

In other words, the risk of loving another is only so great if you are not depending on them for your emotional and spiritual sustenance. That is, you should only have so much at stake when loving another person because only what makes you can break you, and it is Jehovah God that has made you not your husband.

5. Bring the focus back to your obedience to God and your marriage vows.

Calculating spouses do not move forward in their marriage, and, as I state in our marriage book in chapter 4, not a one of us vows to love the other when we feel like it or when the other person measures up to our expectations. If I remember correctly, most of us vow to love the other for better or for worse.

It is true that unconditional love sometimes makes us feel inferior, like the weaker party, or as if we are getting walked on. To be honest, it takes an amazing amount of humility to love unconditionally. However, I have found that when I love someone in faith, I have a much better opportunity to see them change than if I used conditional love.