Posted on September 5, 2018 by Hitting Home No Comments ↓

I keep hearing this phrase that feminism killed masculinity. That’s a bunch of crock. Feminism did not kill masculinity. It merely replaced it.

When men replaced the study with the man cave, they gave up the foundation of their manhood. The scriptures tell us that wisdom is better than strength, and once men pushed books and learning away for their remote, the sports jersey, and their fishing rod, we left a vacuum in our society that feminism was forced to fill.

I am often criticized by men for casting a vast amount of blame upon the men of our society. To that charge, I would have to concede. I do blame men.

If men did not watch pornography, women would have no need to objectify themselves. 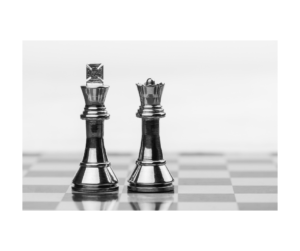 If men did not cut their eyes at immodest clothing, women would lean toward more modest apparel.

If men would create a culture of spirituality in their respective domains, women would warm themselves up to the love they would exhibit as a result.

If men would climb the mountain of knowledge, more women would see that as a respectable achievement, and, consequently, more men would want to follow suit.

If less men settled for living together, women would advocate more for marriage.

If more men would use their masculinity to love their wife, women would not want to be equal with men because then they would have to come down from their pedestal.