Contrary to popular opinion, nice guys (and gals) do not finish last. In fact, the scriptures teach the exact opposite. Proverbs 25:15 says:

“By long forbearing is a prince persuaded, and a soft tongue breaketh the bone.”

To be honest, this is one of those scriptures that you tend to pass over as you read through the book of Proverbs. Its meaning seems slightly obscure at the onset, but a closer look will reveal a very powerful truth.

Proverbs 25:15 tells us that a “soft tongue” is a powerful weapon. It teaches us that if you are trying to break a bone of disunity and dysfunction, softness mixed with patience should be a person’s first choice.

There is an old Chinese proverb which states that he who strikes the first blow admits he has lost. This is accurate in that when a person loses their cool, they are usually giving off the message that they have little substance behind their argument. In a not so subtle fashion, they are conveying the message that their anger is the last leg upon which they are standing. 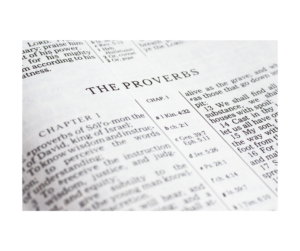 “He that is slow to anger is better than the mighty; and he that ruleth his spirit than he that taketh a city.”

Solomon is teaching us that a calm spirit breeds strength rather than weakness. If you think about it, when others around you lose their temper, they also usually lose the ability to influence others for good. What they gain in satisfaction, they lose in credibility.

Disarm Your Situation with a Spirit of Gentleness

When I counsel ladies that are aspiring to learn how to deal with a difficult husband, I typically recommend that they, first of all, do everything they can to disarm their situation with a spirit of gentleness. Ephesians 4:32 says:

“And be ye kind one to another, tenderhearted, forgiving one another, even as God for Christ’s sake hath forgiven you.”

Notice the use of the word “tenderhearted” in this verse. Paul is teaching us that we are not only to concentrate on what we do for others, but also the spirit in which those things are done.

I have found that it is hard for a person to fight with someone that refuses to fight back. It is also doubly difficult to be mad at someone that responds in a gentle fashion.

Of course, there are times when tough love must be shown and a woman must show love by flexing her spiritual and emotional muscles. There are also times when a woman should make moves to protect herself if her well being is in danger.

Watch Your Tone of Voice

If I served two cups of coffee, one may be boiling hot while the other is just right to the taste. Which one would most people prefer? Although both are filled with coffee, most would probably pass over the one that is seething hot. 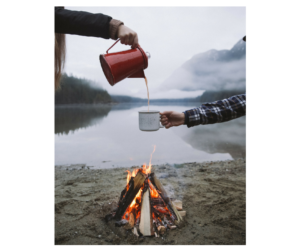 In like manner, couples having issues often exchange words that seem harmless, yet they are said in a way that is less than edifying. Though their words appear innocent, they are sometimes seething with a harsh or a critical spirit.

Even when husbands and wives in a difficult marriage say, “Don’t forget to pick up the kids.” or “Hand me the phone.”, they often sound out another message. They are, many times, saying the same words as they did in a better time of their marriage, yet in a way that is condescending at best.

Softening your spirit will require you to watch your tone of voice and approach your spouse in a kind and affectionate manner. It means that instead of saying, “Where are the keys to the car?” in a cutting way as if he is purposefully hiding them, you say the same words yet with an entirely different spirit. Rather than saying hello on the phone as if the other person is a bill collector, greet them in a warm and congenial fashion.

I know that upon reading this some will say, “I have tried being nice.”. However, think about this: Have you tried being kind in your spirit? This usually proves to be a crucial step in learning how to deal with a difficult husband.

Keep in mind that people are spiritual beings deep down inside. If you want to affect that part of them, then you must also change the spirit in which you are approaching them. Not only that, but deep down, people really do not simply watch your actions and listen to your words. Their spirit is discerning your spirit, and if you want their spirit to open to you, then someone will have to take the first step. More than likely, that person will have to be you.

Before moving on, start asking yourself the following questions about the way you have been dealing with your husband:

1. Have I been kind and tenderhearted in the way I have been speaking to him?

2. Are my words minced with a cold or a critical spirit?

3. Is my tone of voice or the spirit in which I talk mingled with sarcasm or disrespect?

4. Is the spirit in which I speak and act when dealing with my husband in line with Ephesians 4:32?