I certainly understand that there are a vast amount of husbands that have failed in their marital responsibilities. However, sometimes, there are what I call bad solutions to bad problems. And, it should be noted that even when a husband falls down on the job, it is not a license for a wife to become a controlling wife.

Without a doubt, some women are in very difficult situations that require a tough exterior. In cases as such, I certainly understand their need to protect their hearts, their well being, children, and their finances. However, with some, it seems as if their obedience to the Word is conditional in nature in that they are willing to obey the Word, but only after their husbands demonstrate their own walk with the Lord.

When this occurs, I feel that the woman is almost using the scriptures as a form of control over their husbands. Hence, they become what I call a controlling “Christian” wife. 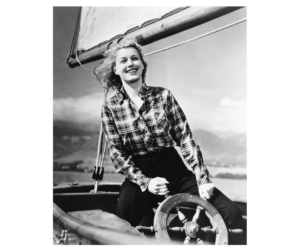 Of course, I will be the first to say that this article should never be used for a man to explain away his disobedience to his marriage vows. At all times, a man should be willing to love his wife as Christ loved the church. But, I have to say that a woman cannot have her cake and eat it too. In other words, she cannot expect her husband to walk in obedience to the Word if she is not willing to do the same.

Women in such a state seem have the following characteristics:

1.  They readily quote scriptures such as Ephesians 5:25, Colossians 3:19, and I Peter 3:7, but fail to acknowledge other verses that deal with a wife’s responsibility to walk in the Word.

2.  They use the terms abuse and narcissism when it could be a stretch to use such terms.

3.  They often pick out events and mistakes that took place years ago and enlarge upon them on a regular basis. The problem with this approach is that the husband could probably do the same.

4.  They are emotionally checked out.

5.  They often fail to look at their own mistakes and only focus on the mistakes of their husband.

6.  They are prone to fire a great deal of accusations at their husband on almost a day to day basis.

7.  They are typically cold and indifferent toward their husband all the while demanding warmth from him. (We deal with this in our marriage book, How to Fight for Your Marriage Without Fighting with One Another.)

2 comments on “The Controlling Christian Wife”