The Stonewalling Spouse and How it Hurts a Marriage

Stonewalling – How it Hurts a Marriage

Whether you are on the giving or the receiving end of stonewalling, it is, nonetheless, harmful to a relationship. Let me share with you a few thoughts about what stonewalling is and how to better deal with it. 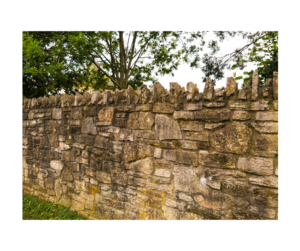 A spouse is typically stonewalling when they are doing one or more of the following:

Avoiding good and healthy discussions about a matter because it would cause them to give up what they view to be a valuable weapon, their emotional approach to solving a matter

Why People Stonewall their Spouses

Why do people stonewall their spouse, even though it rarely works to help solve their marriage issues? I believe there are 4 basic reasons:

We are emotional creatures, and it is easier to flow with the current of our own emotions than to swim upstream by being a principled driven person. However, keep in mind that what takes less work now always means more work later, and what takes more work now (such as being principled-driven) leads to less work at a later time in the relationship.

2. It may have worked when they were young

If a spouse had a parent that changed the command, softened the command, or took the command off of the table when they threw a fit, cried, or showed emotion, then they learned early to use emotion to their own benefit. Unfortunately, they may still be trying to use those same emotions to get their way.

3. It may work now that they are old

It is very difficult to reason with those that are highly emotional. In fact, it was Matthew Henry that said, “When chiding [fighting] runs high, reason runs low.”

Consequently, highly emotional people will often get their way as many around them will simply give up, give in, or cut their losses and run. Some have subconsciously learned that the pain of being emotionally-driven is worth the gain even it leads to what I call a win-lose situation.

4. It is a form of communication for many

Though we find it better for couples to learn how to express their feelings by breaking their communication up into 3 distinct parts, some stonewall in order to communicate their anger and frustration. Though it is a poor method of communication, some still choose this as their primary way to convey their hurt.

What to do With a Stonewalling Spouse

Here is a little Biblically-based advice for those dealing with an emotional spouse that perpetually stonewalls:

Stop Allowing Yourself to be Drawn Off-Sides

I truly believe that many a stonewalling spouse is waiting for someone with the wisdom and the confidence to pull them outside of themselves. Though their parents may not have had the wisdom or the wherewithal to do such a thing, you now may be able to stand in their stead.

However, if you simply react in a defensive or hurt manner when your spouse puts up that wall of emotion, you will send out the message that they have met yet another person that lacks the love and discretion to raise them to the next level.

Believe it or not, but many people are crying for someone to pull them outside of themselves. Though they appear to be pushing others away, they are typically begging for someone that will refrain from running away from their bluffs. However, if you are ridden with guilt, overwhelmed by feelings of inferiority, or insecure, you will fail the test they are asking others to desperately pass.

Listen to What they are Possibly Communicating?

If your spouse is consistently building a wall of emotion around themselves, it is entirely possible they are trying to communicate a message to you. Though their method may be maddening, their message may be clear.

Look within, pray, get outside help, and read good books. Study your ways to see if you are helping to push them over an emotional edge.

Recognize that Time is a Valuable Friend

In chapter 11 of our marriage book, I discuss the importance of establishing a waiting period between those emotional moments and discussion times. In fact, couples that learn to establish a waiting period seem to have a much higher percentage of success than do others.

Serve Your Way Out of the Situation

As I discuss in chapter 4 of our marriage book, many spouses need to stop trying to scale the heights of that wall of emotion by using logic, reason, and even scripture. They will typically do better by enacting what I call the Proverbs 18:19 principle in chapter 4 of our marriage book which involves opening someone’s spirit before trying to reach their mind. It is not only a more biblical approach, but also a marriage saver!