Marriage Problems While The Wife Is Expecting

When assisting couples in need, I often ask them how many children they have. I then go on to ask them the age of their children. If I find out that they have a newborn baby or a baby on the way, my counseling and coaching takes on a different flavor. 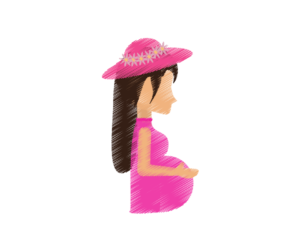 I often talk about the first year of our marriage during our marriage conferences. Though we probably had what some would deem to be a fairly normal first year of marriage, we did have our issues. And, a good number of them were probably a result of my lack of understanding about expectant mothers.

Actually, I only have seven children, but I wanted to make seven look like a small number so I started with fourteen. Nevertheless, my wife and I now have seven children and there is one thing I have learned while my wife is expecting a baby: never argue with an expectant mother.

It is really that plain and simple. I could give you a plethora of why’s and how’s on this subject, but even though I have a very godly wife that is extremely even-keeled, I have learned that about nine months before a baby comes and nine months afterwards to quietly serve. And, if most husbands in this situation would do the same, they will find that they will avoid an amazing amount of useless arguments and fights.

Of course, a man in such a state can try to stand on his soapbox of rightness, but, rest assured, at the end of the day, he will be no further. In fact, a good rule of thumb while a wife is pregnant is to practice 99% gentleness and about 1% reason.